Whilst at Ottery, Plymouth Argyle had wanted to sign him, however he joined Exeter on trial and played for the reserves against Torquay United Reserves on the 12th January 1935, he scored 10 goals for the reserves in the remainder of the season and 7 goals in 3 friendly games including netting 4 times against Truro City in March 1935.

His league debut for the Grecians came whilst he was still an amateur, lining up against Coventry City at St James’ Park in September 1935. It was another three months before he signed his first professional contract.

He had a joint benefit match with Jack Angus in March 1948 when Exeter City played Plymouth Argyle.

Richard  was released at the end of the 1947-48 season, aged 35, and despite having an offer to join Yeovil Town, preferred to sign for Torquay United where he appeared in five games, scoring one goal in 1948-49. He then returned to playing with Ottery St Mary in 1950-51 and stayed with them until he was over 40-years of age. 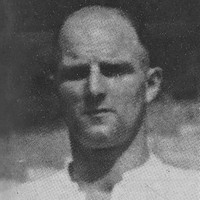 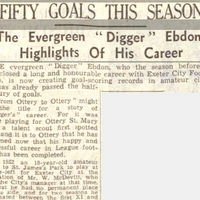 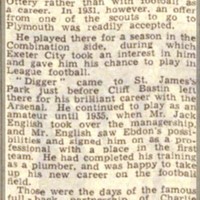 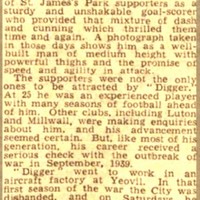 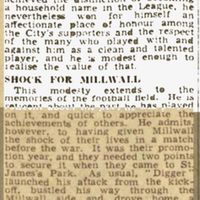 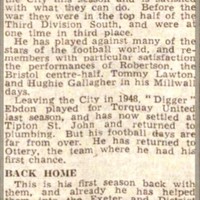 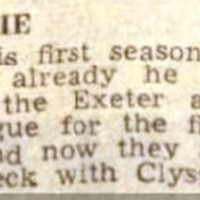 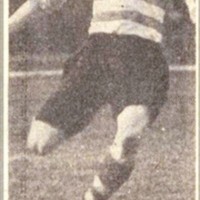 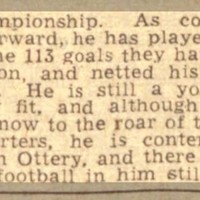 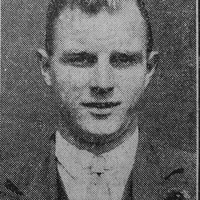 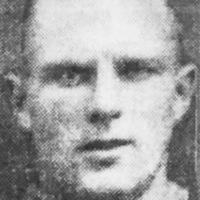 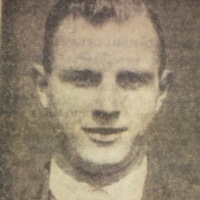 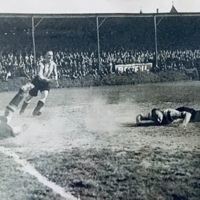