A Welsh international who won 24 caps for his country as well as appearing for the Schools and Under-23 sides.

After serving his apprenticeship with Leeds United, Harris signed a full contract in November 1973, making his first team debut on April 19th 1975, as a substitute against Ipswich Town. It was a successful debut as he hit the winning goal in a 2-1 success.

Unfortunately he struggled with injuries at The Valley, however, he still made a total of 76 league appearances, netting eight goals.

He returned to Leeds as a non contract player, although didn't play in the first team, before signing for Bury in December 1985.

He scored four goals in 38 league outings and then moved to Cardiff City as a non-contract player.

He also played one game for Airdrieonians in January 1988 against Hamilton Academicals.

On moving to Rochdale in the same month, he added a further 25 league games and three goals.

He was signed by his former Leeds United team mate, Terry Cooper, the Exeter City manager, for the Grecians in December 1988.

He played his first game for Exeter against York City the same month and hit his only goal for the club in a 3-0 home win over Burnley in February 1989.

Of the 16 league matches he featured in for the Grecians he only played for the entire 90 minutes on four occasions.

On leaving Exeter at the end of the 1988-89 season, he was appointed player-manager of League of Wales side, Briton Ferry Athletic, where he went on to score seven goals in 68 appearances.

He gained employment with his father-in-law’s removal business in South Wales. 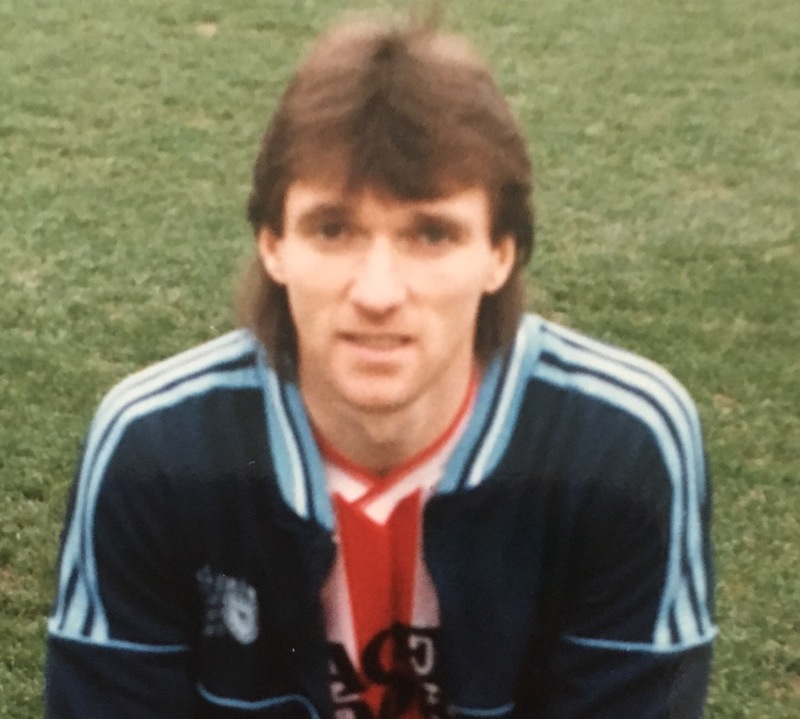