After leaving school, Ben Ives played for Page Green Old Boys, a well known senior amateur club in North London. After a season with them, he signed professional forms for Tottenham Hotspur, playing 59 matches for their reserves in the South Eastern League in the space of two years.

Ives them moved north to sign for Barrow, and played there for two seasons in the Lancashire Combination, and was a team mate of Exeter City player, James ‘Daisy’ Bell. He moved to Exeter City in the summer of 1912 and made his debut in the Southern League fixture at West Ham United in August of that year.

When he signed for Exeter the press wrote the following article:-

"Benjamin Ives, like Spencer Bassett, is London born, his birthplace being Hackney. He is now 21 years of age, stands 5 ft. 8 ins., and weighs 10st.10lbs. He won his place in the Rushmore School team the year before he left school, and then joined Page Green Old Boys, a well known senior amateur club in the North London area. Ives at that time was only fifteen. He had been with them nearly a season when he was signed as an amateur for Crystal Palace. Ives at that time was seventeen, tall and slim, as he still is, and played mainly at inside-left. He then signed professional forms for Tottenham Hotspur, playing 32 matches for the Spurs' Reserves in the South-Eastern League in his first season with them, and 27 in his second, a good record for one of his age. Barrow-in-Furness next secured his signature, and he played there for two seasons in Lancashire Combination matches, scoring eleven goals from outside-left in his first year with Barrow. He followed that up with fifteen goals, also from outside-left, the next year (1910-11), when, for a short time towards the end of the campaign he was partnered by the old City favourite, "Daisy" Bell, who had moved on from Portsmouth. Last season Ives played in no fewer than 45 matches, and is warm in his praise of Bell's form in the English Cup-tie against Watford; Bell was his inside partner on ten occasions. For three years past he has been on the ground staff of the Finchley Cricket Club, but likes football better than the summer game. He is very speedy, and with his clever control of the ball is a difficult man to tackle. He has made a speciality of cutting in from the wing to try a shot at goal, and altogether is one of the most promising of the City's new men".

Although he had a good goalscoring record for the Grecians, he was on the move again after just 12 months and signed for Queens Park Rangers for a fee of £300.
Ives later had a season with Clapton Orient (1919-20) where he scored 4 goals in 17 league matches, and ended his career with Ton Pentre. 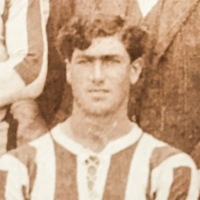 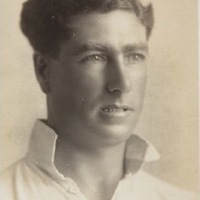 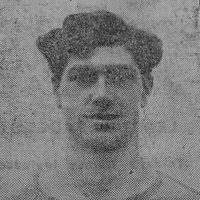