The term ‘much travelled’ certainly applies to Kerr, the Maltese-born player having appeared for a number of clubs during his career.

Kerr began his career at Sheffield Wednesday in 1984. He didn't make any league appearances for the club in his four years at Hillsborough, and left to join South African club Arcadia Shepherds in 1988.

A year later, Kerr returned to England to join Leeds United. He only made thirteen league appearances in his four years at Elland Road, however, he was also loaned out to two clubs: firstly Doncaster Rovers (with whom he scored his first League goal), then Blackpool.

In 1993, Kerr joined Reading, with whom he would make the most league appearances of his career: 89, including five goals.

He was a member of the Royals' Division Two championship-winning side, and also when the club finished runners-up in Division One the following season.

In 1996, Kerr signed for Kilmarnock. He made 61 league appearances for Killie in four years. At the end of his first season with the club, he won the Scottish Cup.

Not long after the Ibrox final, Kerr suffered a recurring groin injury that kept him on the sidelines for over a year.

Kerr was eventually released by Kilmarnock, and after one league game on loan to Carlisle United he joined Slough Town in October 2000.

In September 2000, Kerr briefly joined Kidderminster Harriers on trial, but his one-month contract was cancelled. He returned to Scotland, signing for Hamilton Academicals in January 2001.

He signed for Exeter City on a short-term contract in August 2001, playing five times, including his league debut against Hull City.

He scored his only goal for the club in the very next match, a 1-1 draw at Halifax Town.

Kerr then went to Phoenix, Arizona, United States for a while, but when his visa expired, he returned to Scotland to work for Argyll and Bute Council’s Football Development Officer.

He then worked for South African team, Mpumalanga Black Aces as assistant manager.

For the duration of the 2010 World Cup Finals in South Africa, he had the task of tactical analysis for Host Broadcast Services, the corporation which has been granted the rights by FIFA to cover every World Cup since 2002 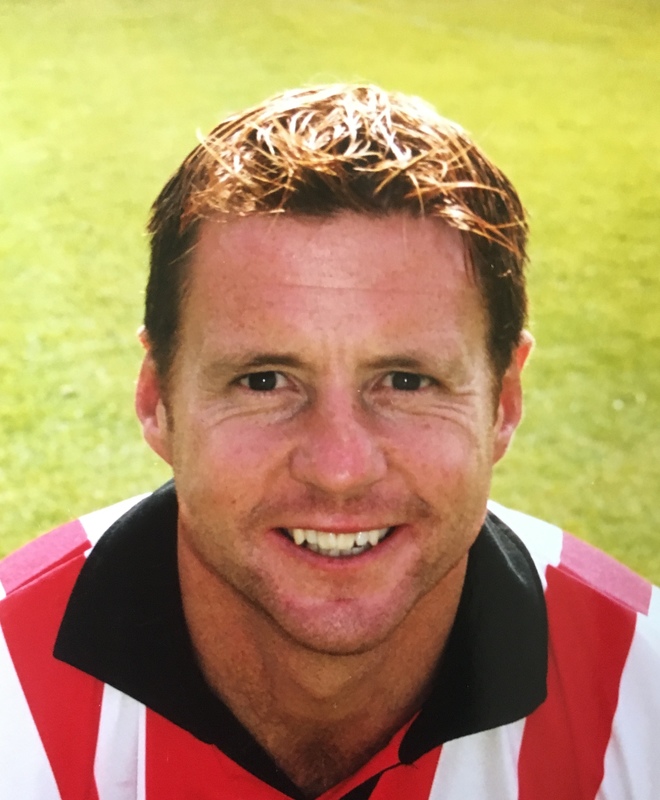