Nardiello signed by Exeter City in July 2010, having been released by Blackpool at the end of the previous season.

He played at under-15 and under-16 levels for England. However, in the end he decided to follow his father, Donato, who played twice for Wales in the early 1980s.

He made his first appearance for Wales in a friendly against New Zealand on 26 May 2007 coming on as a 65th minute substitute for Robert Earnshaw.

The Coventry-born player was a product of the Academy of Wolverhampton Wanderers, but signed trainee terms for Manchester United in 1999.

They were ordered by the Football League Appeals Committee to pay £200,000 as compensation.

He was sent on a one month loan to Swansea City in October 2003. Nardiello then spent the second half of the 2003–04 season on loan to Barnsley, scoring seven goals in 16 games during his loan spell at the club before returning to Old Trafford.

Having become a firm favourite with the Barnsley fans, he returned again to Oakwell on a season long loan for the 2004–05 season.

In July 2005, Nardiello signed a two-year permanent contract with Barnsley after being released by Manchester United. In June 2007, He then signed for Blackpool on a two year deal. After missing most of the Seasiders' campaign through injury, in January 2009 he joined Hartlepool United on loan until the end of the season.

He joined Bury on loan in November 2009 but after scoring four goals in six league games, Nardiello was recalled by Blackpool to cover for injuries.

In March 2010 he joined Oldham Athletic on loan until the end of the season and made his debut in the 1-1 draw with Exeter City at St James Park. Nardiello signed for City in the summer of 2010 and enjoyed a fruitful season which included a goal at Hillsborough and a winner in the dying seconds of the Devon derby at Home Park. He finished the campaign with ten goals from 32 starts. In the summer of 2011 he signed a new deal with the club and the 2011-12 season saw him find the back of the net 11 times despite the club eventually suffering relegation to League Two.

At the end of the season he headed to fellow League Two outfit Rotherham United.

On 8 August 2016, Nardiello joined Welsh Premier League side Bangor City. Nardiello made his debut on 12 August 2016 in a 2–1 victory against Cefn Druids, scoring his first goal for the club.
He was released by the club on 5 October 2017. 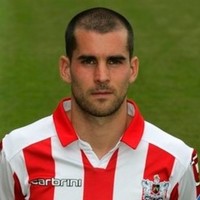 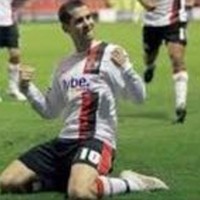 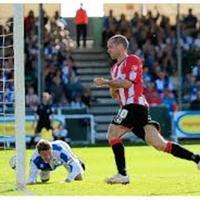 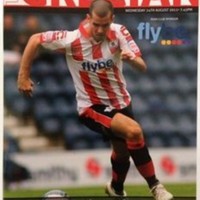 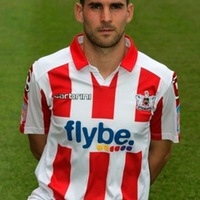 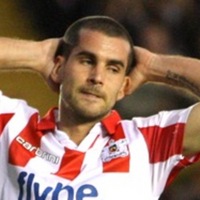