John Ackroyd was born in 1895, his footballing career was put on hold during the First World War, and as a result he was aged 24 before he got a Football League opportunity with his local side in the 1918-19 season, Rotherham County, who were then in the Second Division.
John only made one appearance for County though before moving to non-leaguers Scunthorpe and Lindsey United. It was from there that he joined Exeter City in June 1922. His Grecians’ debut came in a 3-1 defeat at Aberdare Athletic, 26th August 1922, and he went on to feature in 30 Third Division South matches for the City.
His only goal for the Grecians came in a reserve game in the Southern league against Southend on the 4th of April 1923 at home.

Released after just one season at St James’ Park, John Ackroyd returned to Lincolnshire to link up with Grimsby Town where he played a further 6 league matches. 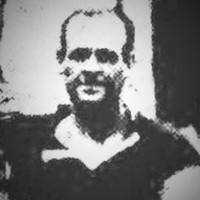 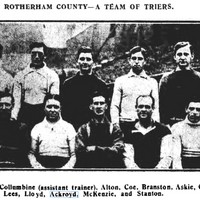