Boughey commenced his career with local club, Stoke City, whom he joined as a youth trainee.

He signed a full contract for them in July 1989 and worked his way through to play seven first team league matches for the Potters.

He made his debut as a substitute in a match against Oldham Athletic.

With senior opportunities limited, however, Boughey signed for Wigan Athletic on loan in January 1991 and scored two goals in two league appearances.

Two months later he was at St James’ Park, having signed on loan for Exeter City.

Boughey was to feature in City’s final eight matches of the 1990-91 season, coincidentally making his first appearance in a 1-0 home win over Wigan Athletic.

He managed one goal during his stay with the Grecians that coming in a 3-0 win against Shrewsbury Town at St James’ Park.

Returning to the Potteries and Stoke City, Boughey was released on a free transfer and moved to neighbours Stafford Rangers in the summer of 1991.

He proved to be a good servant to the club and in August 2001 was awarded a testimonial match against West Bromwich Albion.

He was last heard of working for the Stoke Council after spending ten seasons in five different league’s for Stafford Rangers! 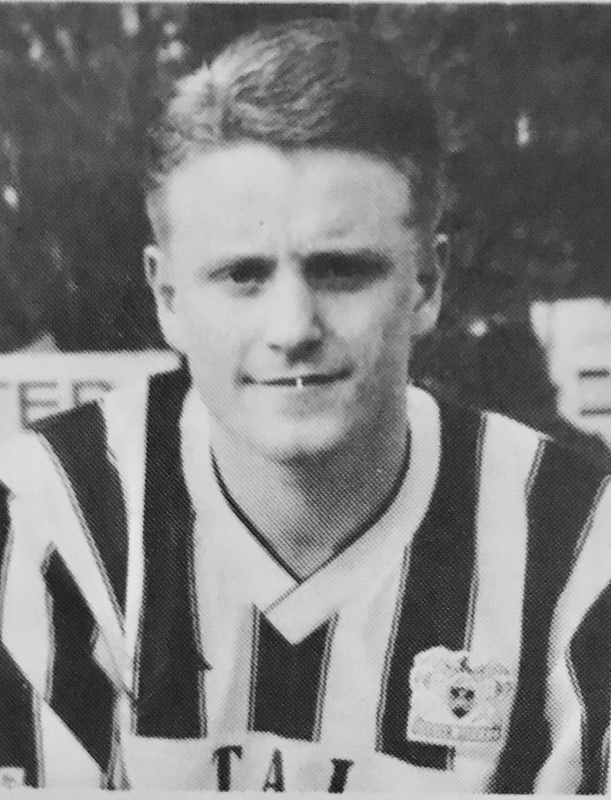