Vinnicombe was a product of Exeter City's youth system, and made his league debut for the club in a 2-1 defeat at Doncaster Rovers in September 1988.

Having signed a professional contract in January 1989, he quickly caught the eye of other clubs and in November 1989 he signed for Glasgow Rangers for an initial fee of £200,000, plus further instalments of £100,000 when he made 20, 30 and 40 competitive appearances, and a further £100,000 if selected for England whilst at Rangers. Exeter were also promised a pre-season friendly against Rangers at St. James’ Park.

Vinnicombe won a Scottish Premier League winners' medal in 1991, and was called up into the England Under-21 side, winning 12 caps.

But over the next few years he found it harder to break into Rangers' very successful side, in June 1994, after only 27 appearances in nearly five years, he joined Burnley for £200,000.

He spent four years at Burnley, making 114 appearances and scoring 4 goals, before moving on to Wycombe Wanderers in the summer of 1998 on a free transfer.

He featured in the club's remarkable run to the FA Cup semi-final in 2001 and the following year he was voted ‘Supporters' Player of the Year.’

After Wycombe's relegation in 2004, and after making over 250 appearances, Vinnicombe was one of several players to leave. He returned to Devon and played for Tiverton Town in 2004-05.

Vinnicombe signed for Exeter City for a second spell at the club in August 2005, but to to feature in just three games in the Conference.

Signing again for Tiverton Town in the summer of 2006, he also took charge of the club’s academy, a programme set up in association with the East Devon College which is based in Tiverton.

By the beginning of the 2008-09 season, Vinnicombe was the manager of the Tiverton Under-18s squad.

Vinnicombe, who was living in Copplestone, was appointed player-manager of Witheridge for the start of the 2008-09 season.

He was back at Tiverton Town again, this time as their manager in June 2010. His time at Tiverton proved to be unsuccessful and he left after five months.

Vinnicombe was appointed manager of Elmore in December 2010, but left in March 2012.

He joined Witheridge as Manager soon after staying for 4 years. He left them in 2016. 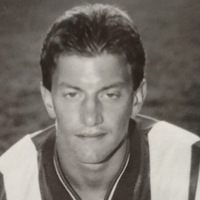 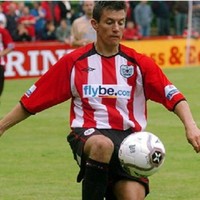 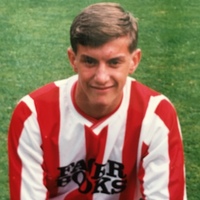