He signed associate schoolboy forms with Southampton on his 14th birthday and won further recognition when playing for the England Schools side on five occasions.

He became a youth trainee with Southampton on his 16th birthday, and upon completion of this contract, in January 1998, he went on to sign a full contract with the Saints.

Such was the competition at first team level though, he only featured as a substitute on four occasions, and he had a loan spell with Swindon Town.

Loaned to Exeter City in September 1999, he made his Grecians debut in a 2-1 home win over York City.

Bradley was to partner another City loanee Gary Alexander in attack, and he notched his first goal for the club in an emphatic 4-1 win at Shrewsbury Town.

Returning to Southampton, he then signed for Mansfield Town in August 2000 where he scored 10 goals in 42 league outings.

Unfortunately an ankle injury at the start of 2002-03 led to his contract being paid up by Mansfield and in an effort to regain fitness, he signed for Eastwood Town.

In December 2002, Bradley signed for Chesterfield, but three months later he had moved on to Lincoln City on loan, but once again an ankle injury put paid to his stay.

Bradley retired at the end of the 2002-2003 season after a double reconstruction of his right ankle and returned to his home town of Gloucester.

After a few years away from football, he was offered a coaching role with Gloucester City’s youth teams.

In July 2008, he was appointed manager of Tuffley Rovers in the Gloucestershire County League, whilst combining that with working for E-on. 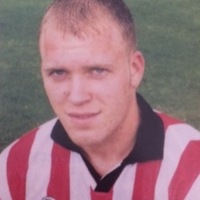 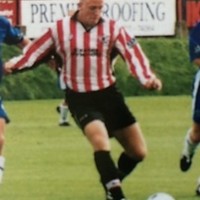