Playing local football for Ferryhill, Wrightson’s first Football League club was Darlington whom he joined in 1928 and scored an impressive 16 goals in 36 Third Division North appearances.

This prompted Manchester City to sign the player in 1929 and in two seasons at Maine Road he made 22 league outings, scoring four goals.

Wrightson then signed for Fulham in 1931, and played against Exeter City on the final match of the 1931-32 season which resulted in Fulham winning promotion. After scoring five goals in 18 starts for the Cottagers, Wrightson was transferred to Exeter City in March 1933.

On the deadline day 1932/33, he and centre-half Harry Webb signed for Exeter City of the Third Division South for a club record fee paid. He again went straight into the starting eleven, and helped his side finish as runners-up. In 1933–34, he contributed to Exeter winning the Third Division South Cup. He was a member of the team that beat a Crystal Palace reserve side – the first team were otherwise engaged with special training in preparation for their FA Cup tie against Arsenal – by the unusual score of eleven goals to six, scored the winner against Brighton in the semi-final second replay, and was part of the team that beat local rivals Torquay United in the final.

Although reluctant to re-sign for another season, he did so, came into the team for the visit of Northampton Town, and scored all three goals, the last an intended cross that "sailed into the far corner". He "played with intelligence and enterprise throughout. The crowd were delighted at his success, not only because it meant victory for the team, but because they have always recognized in him a player who pulls his weight, often without any good fortune in scoring efforts." In November, he contributed two goals to Exeter's come back from 5–2 down to draw 5–5 at Bristol Rovers, and scored freely for the rest of the season.

With the transfer deadline approaching, the “Western Morning News” commented that "Throughout the season Wrightson has played consistently well, and has been the principal schemer of the City's danger moves. His shooting has been attended with marked success, and to date he heads the Exeter scorers with fifteen goals to his credit." They also expressed concern that, if interest from other clubs in Wrightson and fellow goalscorer Harry Poulter resulted in a serious offer for their services, the directors might make the mistake of accepting, which "would strike a heavy blow to Exeter City's prestige, and would probably result in a serious deterioration in the team's standard of play", thus potentially reducing attendances.

He finished his Exeter career with 71 league appearances and 25 goals, most of which were scored in the 1934–35 season. He was included on Exeter's retained list but would not accept the terms offered, and at the end of May was placed on the transfer list

Wrightson moved to Chester where he was again on the goal trail hitting 73 in just 89 league starts a club record of that stood for 40 years.

Frank died in Cleveland in 1979 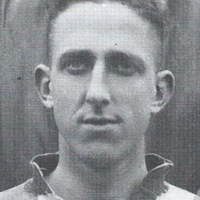 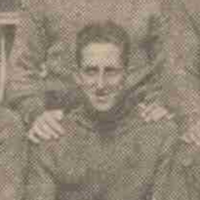 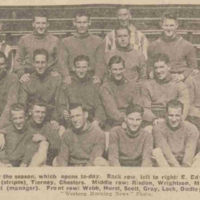 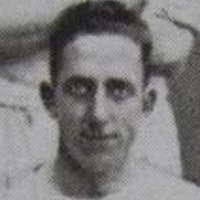