A product of the Exeter City youth scheme, Breslan played almost as many games as substitute as he did when selected from the start.

A small, hardworking player who made his City debut as a sub against Macclesfield Town at St James’ Park in what was the final game of the 1998-9 season. Breslan had signed s full contract four months earlier.

For the next four seasons that he was with the Grecians, Breslan was in and out of the first team, and more often than not could be found on the substitutes' bench.

His best season for the Grecians was in 2001-02 when he featured in 33 league matches, scoring two goals.

With the Grecians relegated from the Football League in 2002-03, Breslan was not offered further terms at the end of the season and in 2008-09 was playing regularly for Teignmouth, having previously played for Newton Abbot Spurs. 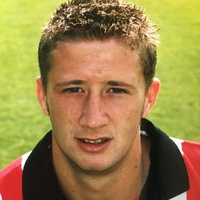 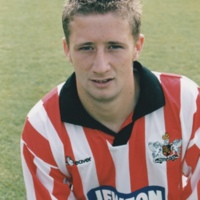 Geoff Breslan, Midfielders, Newton Abbot Spurs, One of our own, Teignmouth, Torquay