Wright was one of the many players who had large chunk of his playing career put on hold during the Second World War.

He had signed for Wolverhampton Wanderers in May 1936 from Woodbourne Athletic, and went on to make 8 league appearances, scoring one goal.

He signed for Exeter City in March 1946 and featured in the side that took part in the Division Three South Cup (Southern Section).

He scored twice in six matches, including one on his debut against Torquay United at Plainmoor.

Whilst staying in a Norwegian hotel in July 1946, his room was broken into and a brand new suit and a camera stolen.

The Norwegian authorities issued Wright with sufficient clothing coupons to purchase another suit,

His first Football League appearance for City was in the opening game of the 1946-47 season, when coincidentally he scored in a 1-1 draw at home to Torquay United!

He had to go in goal for the City reserves at Torquay United on Boxing Day 1947, when replacing the injured Bert Hoyle, and amazingly then had to go in goal the following day for the first team at Bristol City when Barney Singleton was injured.

Wright actually started a match as goalkeeper for the reserves against Lovells Athletic and Bath City in February 1948 and kept a clean sheet in both matches.

After two seasons at St. James’ Park, Wright moved to Yeovil Town in the summer of 1948 and was to play in the club’s run to the Fifth Round of the FA Cup in 1949 when they lost at Manchester United.

Wright made an unsuccessful application to become player-manager of Weymouth in May 1950. He left Yeovil at the end of the 1951-52 season and took over as secretary/manager of Frome Town in the summer of 1952 combining that with being a landlord of the Bath Arms in the town.

Wright emigrated, with his wife and daughter, to Winnipeg in Canada in March 1954. 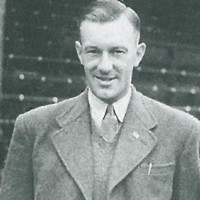 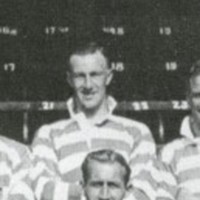