Clifford was born in 1890. Brooksbank played as a schoolboy for Queens Road School, Halifax, and from there went to Halifax Grammar School on a science scholarship. He was 220 yards athletics champion of the school for three years in succession, and whilst there followed up his football successes gained at the school by playing for the England Schools side against Ireland and Wales. After leaving school he worked in a Solicitors office and played for Huddersfield Town as an amateur before they secured admission to the Football League. Subsequently his parents moved to Blackburn to live, and Brooksbank then played for Oswaldtwistle Rovers in the Lancashire Combination Second Division. He was there for eight months, then signing professional forms for Blackburn Rovers in 1909. In the 1911-12 season he netted 17 goals for the Blackburn reserve team, however, he never played for their first team. Exeter City managed to gain his signature in the summer of 1912 and he made his Southern League debut against Crystal Palace, scoring in the 1-1 draw. In his first season at St James’ Park, Brooksbank netted three goals in ten first team appearances, and in the 1913-14 season, he bettered that by featuring in 25 Southern League matches for City, scoring twice. Brooksbank was signed by Bristol City for the 1914-15 season, during which time he scored seven goals in just 10 Football League appearances.

Brooksbank was a favourite at Blackburn all the time he was with the Rovers. People clamoured for him to be put in the Cup tie team last year, and it was because he felt that he had not always got the recognition he merited that he finally decided, though with something of regret, to try his fortune elsewhere. At Blackburn he gained a reputation for being not "flashy", but consistent, and for seldom, if ever, playing a bad game. Brooksbank was born at Halifax twenty-two years ago. He is 5 ft. 8 ins., and weighs 11 st. 4 lbs. He played football first as a schoolboy for Queen's Road Board School, Halifax, and from there went to Halifax Grammar School with a science scholarship. He was the 220 yards champion of this school for three years in succession, and while there followed up his football successes gained at the Board School by getting his England Schoolboys' Cap against Ireland and Wales. From the first he had always been a centre-forward. Having left school he went into a Solicitor's Office, and played for Huddersfield Town before they secured admission to the English League, as an amateur in the West Yorkshire Combination. Subsequently his parents removed to Blackburn, and he played then for Oswaldtwistle Rovers in the Lancashire Combination, Second Division. He was there for about eight months when the Rovers got him to sign amateur forms for them. He continued to play for Oswaldtwistle, however, and it was for them that he first signed professional forms, a First Division League club desiring his transfer. Blackburn Rovers, however, won their prior claim to him on facts submitted to the League Management Committee, and for three seasons onward Brooksbank was with the Rovers. Last season he scored seventeen goals for the Reserves, and several times during his stay with the Rovers performed the "hat-trick". Despite this, however, the management did not promote him to the first team, and he was further disatisfied with the way he was moved about from one position to another. Hence Chadwick was successful in bringing him to Exeter. He is a player who does not believe in unnecessary frills and elaboration, but has a natural aptitude for the game. The only injury he has ever met with was a collar-bone fracture during a match at Bury." 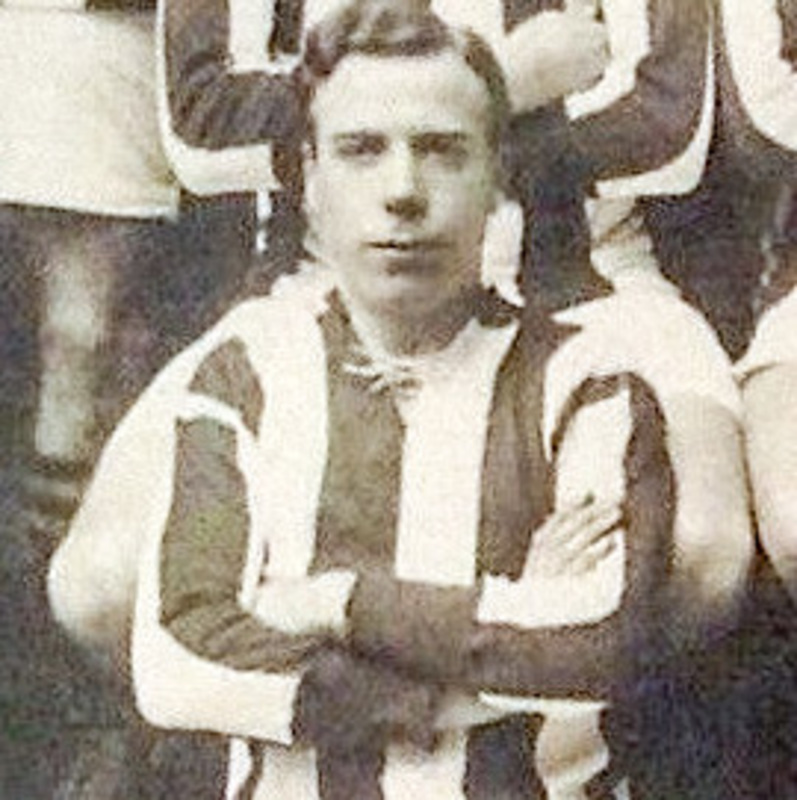