The son of footballer Dave Worthington, his Uncles Bob and Frank were also professional footballers. He was an apprentice with Manchester United, signing a full contract in November 1984.

Unable to break into the first team at Old Trafford, Worthington signed for Huddersfield Town in July 1986, but he didn’t make a league outing there either.

That all changed when he signed for Darlington in July 1987 as he scored 15 goals in 40 league appearances. He then played for Wrexham, signing for them in June 1989 and netted 18 goals in 72 league matches.

He moved to Wigan Athletic in March 1991 and added a further 63 league appearances and 20 goals. Signing for Exeter City in July 1993, Worthington made his debut the following month at Brentford.

Never winning a regular berth in the team, he moved to Doncaster Rovers in March 1994 where he scored two goals in 8 league games. He left there for non-league Halifax Town.

After retiring as a player, Worthington worked in youth development with the Academies of Leeds United and Chelsea, before being appointed Assistant Head of Player Recruitment at Manchester City in June 2010. 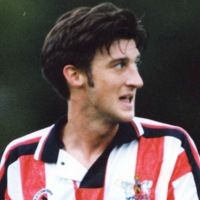 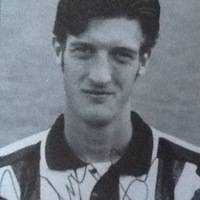