To gain Football League experience he joined Exeter City on loan in January 2000, making his debut for the Grecians against Leyton Orient at St James’ Park, a game which City lost 1-3.

Featuring in the following four matches, Brown netted in a 2-0 home win over Rochdale, before returning to Bristol City.

Establishing himself in the team at Ashton Gate, Brown’s form attracted a bid from West Bromwich Albion in 2001 which was turned down.

However, after 147 league appearances and 12 goals for Bristol City, Brown moved to Queens Park Rangers in January 2005.

A serious of injuries restricted Brown’s progress and he had further loan spells with Torquay United (March 2005) and Cheltenham Town (September 2005).

After an unsuccessful trial period with Barnsley, Brown then joined Swindon Town on loan in November 2005, signing a permanent deal two months later.

In June 2007, Brown moved to Gillingham on a free transfer, but his stay was a short one and by June 2008, he had signed for Lincoln City. However, he left the Imps by mutual consent in February 2010.

In March 2010 he signed for Conference National side Wrexham.

Brown signed for Darlington of the Conference National on 20 August 2010. During his time at Darlington, Brown played a part in Darlington's 2011 FA Trophy victory.

In August 2012, having featured regularly for the club during pre-season, he agreed to a short-term deal with Bath City.

In May 2014, Hungerford Town signed Brown from Bath however he joined Weston-super-Mare in August. Before joining Paulton Rovers as player coach on 1 June 2015. 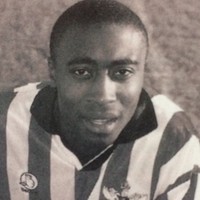 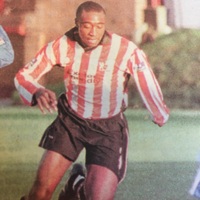 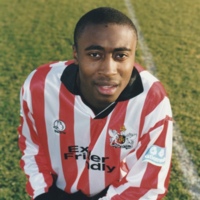 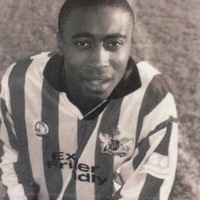