An extremely versatile player, who although primarily a defender, was used by Exeter City in a number of positions, and he even played part of one match in goal when the regular keeper was injured.

Snapped up from Denaby United in June 1990 for a fee of £3,000 by manager Terry Cooper. Prior to playing for Denaby, Jon Brown had been with Worsbrough Bridge Athletic and had also appeared for Sheffield United reserves in 1989-90.

Prior to joining Exeter, Jon had been studying for four years to qualify as an Architectural Technician. He was offered a place at Leeds Polytechnic to do a degree in architecture, but turned that down in order to sign a two-year contract with Exeter City. His father, Edward, played semi-professionally for Barnsley during the Second World War, and older brother Stephen was an apprentice with Norwich City and then had a year at Grimsby Town. A popular player amongst City fans, Jon stayed at St James’ Park until July 1995, when he moved back to his native Yorkshire to link up with Halifax Town.

After winning the Conference championship with Halifax, he went on to make 40 league appearances for the Shaymen, Jon then signed for Nuneaton Borough in 1999, along with two of his Halifax team mates. Jon was playing for Stocksbridge Park Steels in the 2000-01 season.

The following is from a  series of articles with the title In Profile that appeared in the Grecian Magazine.

At this time last year Jonathan Brown, the popular flame haired defender, had not made his debut for Exeter City and was, in fact, fresh from the NE Counties League.
Jon is now an established member of the first team squad, last season he appeared 29 times (3 as substitute) in the League and also made 5 Cup appearances in various positions across the back four.
Popular Barnsley born Jon will celebrate his 25th birthday next Sunday and his enthusiastic approach to the game is a clear reflection of his late entry into the professional ranks. He was spotted whilst playing for Denaby United and signed on for City with Andrew Tibenham (released towards the end of last season).
The first twelve months have been really enjoyable says Brown. "I've had a good year. I didn't expect to make so many appearances in my first twelve months. I simply enjoy playing and to get into the first team so quickly has been a real bonus".
The recent managerial change at the club is also treated positively, "I think Alan Ball manages along the same lines as Terry Cooper, in as much that he wants us to play football rather than a spoiling game. The long ball is generally out. I think we will have some new faces in but, no doubt, we will turn things around and have a better time than we are having so far".
The poor start to the season also draws a clear statement. "I have never been involved in such a bad start - ever. It gets you down at points. We are playing badly re ally, we are not together as a team as yet. We only got together about a week before the season when the new gaffer arrived. He had to make a snap decision on what his best side was and from there we've had to change a few things".
Jon is clear about the future. "I think we will see a more settled  side as Alan Ball has a proper idea of his best side. Then I'm sure you will see things change for the better with some wins - hopefully starting against Torquay".

This will be Browny's first derby match and he is really looking forward to the match. "I was only sub on Saturday at Shrewsbury so I am keeping my fingers crossed.
Jon has yet to hit the target for City, "At least I've got my back passes sorted out now he quipped as a clear reminder to those City supporters who seem recall the days when most passes went back to the "keeper. "I'm not doing so many now, am 12". He cannot recall going close in a match, "I bring Kev into action in the warm-ups. That's about as close as I've come".
The big difference between the NE Counties league and the Third Division is the pace of the game. "You've got to be switched on mentally all the time. If you switch off you will no doubt be punished for it.
Last season we had games with just one defensive lapse in 90 minutes and we lost 1-0 away from home.
Rumours abounded last year that various City players were catching the eye of First division clubs and one or two tabloids linked Browny with some big clubs. "I have ambitions to play at the highest level I possibly can. At this time my main aim is to be a regular in the Exeter City side".
The defender is renowned at St James Park for his vocal support. "Do you mean have I got a big mouth?", he queried, "I think that may be right, I am a bit louder than other people. You have to do your share of organising and encouraging, it should be a part of everybody's game". Despite the strong vocal chords Jon has not captained a team since Barnsley Boys.
The move from Yorkshire has been made very easily. "I brought the missus down, that helped. It's a lot slower way of living down here and it took some getting used to but i have enjoyed it, it's nice part of the country"
The affable North Coutryman has a new hobby. watching Ceefax! He won a super teletext TV as ihe Rumbelows Man of the Match for the recent match with Birmingham and hasn't had the set turned off since!
My thanks to Jon Brown for his interesting chat. Long may he brighten the lives of us slow moving folk in the West Country. 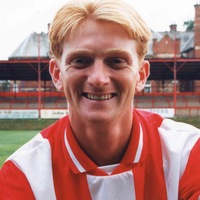 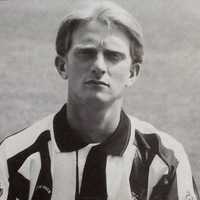 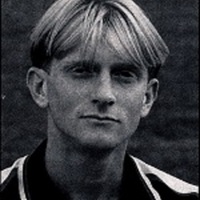 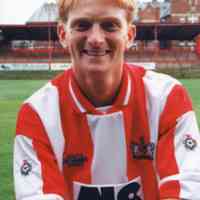 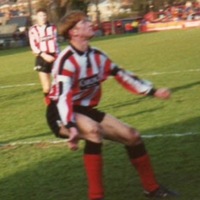 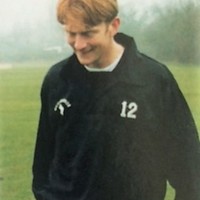 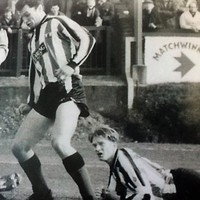 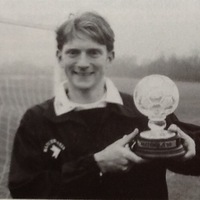 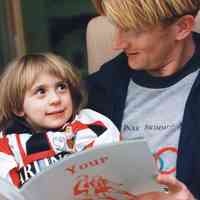 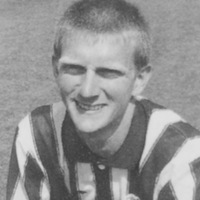 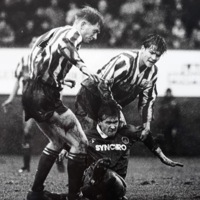 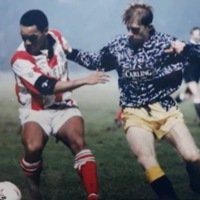 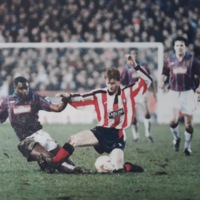 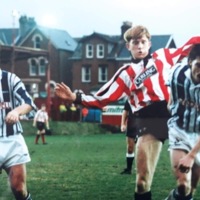 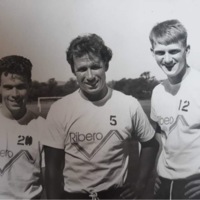 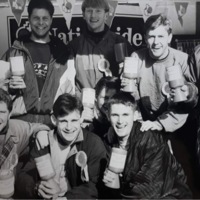 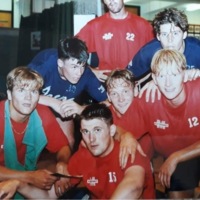 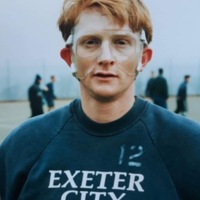 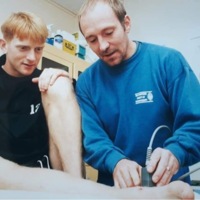 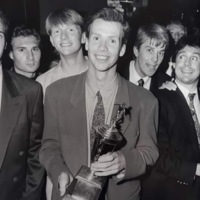 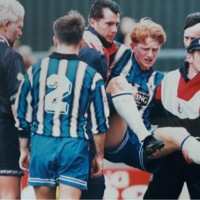 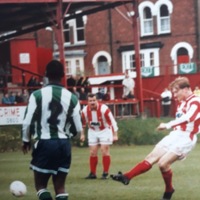 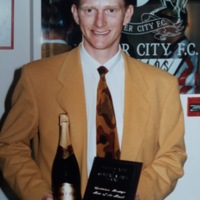 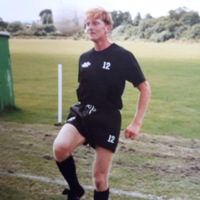 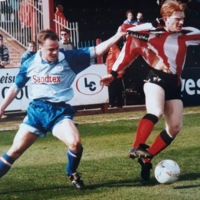 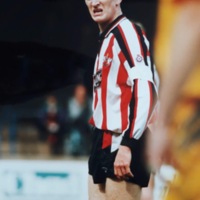 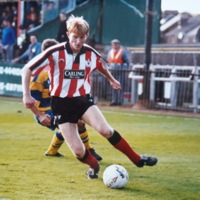 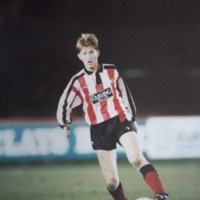 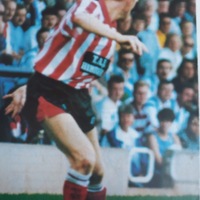 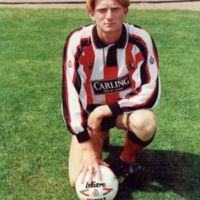