When ten men beat eleven the losers are not deserving of sympathy. Reading, conquerors of Exeter City by the odd goal of seven, had to manage without Clover for about an hour, through injury. It was quite an amazing match and it ended in disappointment for the Grecians. The crowd saw some good football, mostly from the clever Reading side, who looked good enough to win promotion. The visitors were two goals behind midway through the second half, but rallied to score three in nine minutes and gain a thrilling victory.

Southern League
DARTFORD 2 CITY RESERVES 2.
A draw was a fitting result to this Southern League contest, which either side could have won if their forwards' striking power had been as effective as their defensive measures. Lewis opened the score for Dartford and Roy equalised in the first half. Durrant gave Exeter the lead but Farrington scored for Dartford to secure a point for his side.

Exeter left the field at half-time a goal to the good, Smart having scored. Merthyr won the match in the second half, Powell, direct from a corner, and R.McIlvenny being the successful marksmen. 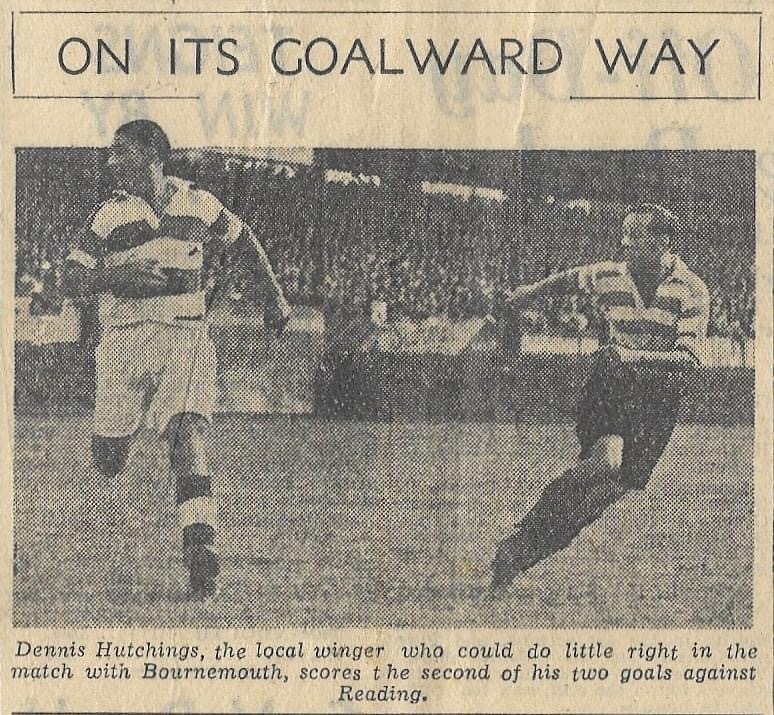