EXETER HAD TO FIGHT HARD.

Between the goals which Regan scored five minutes after the start and two minutes from the finish, Exeter City had to struggle very hard for victory over Chester in a cup-tie which was drab and dull and lacked all the usual thrills associated with this competition.

In a contest which was marred by numerous free kicks for fouls there were several injuries, but the only serious casualty was the result of an accident.
Elliot was the victim, and he was kicked on the head when he dived at Regan's feet as the City winger was in the fact of shooting. Although the goalkeeper resumed he collapsed a few minutes later, suffering from concussion, and was carried off the field. One man's misfortune, however, was another's opportunity. Pearson, who donned the goalkeeper's jersey, played one of the greatest games of his career in an unaccustomed position. He never faltered, and a save he made from McClelland in the second half would have done credit to Frank Swift himself. McClelland packed everything he had behind that drive, from 15 yards. Pearson made an acrobatic leap, and was almost knocked backwards into the net as he fisted the ball out. Regan's first goal was a well-timed shot into the bottom corner of the net and the result of a move instigated by McClelland. His second was a penalty, awarded against Hindle for fouling Smith. 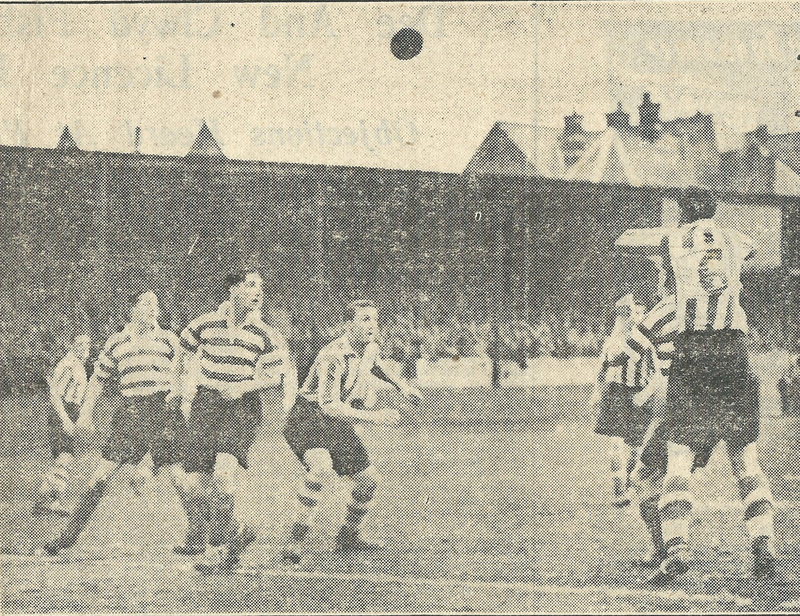