Frank Wood played for Manchester junior side Hulme until he was signed as a professional by Bury in October 1948.

He appeared in just one league game for the Gigg Lane club, but stayed there until the end of the 1951-52 season. When he was placed on the transfer list for a fee of £3000 by Bury.

He was contacted by Exeter City player-manager Norman Kirkman in January 1953, despite being without a club since he had left Bury, and invited for an initial one month trial with the Grecians. Wood was given a contract until the end of the season and made his debut in a 1-0 win at Ipswich Town in March 1953.

His contract was not renewed at the end of the season.
He then signed for Rochdale for the 1953/54 season. 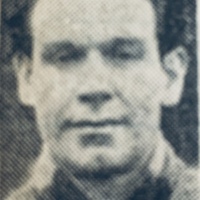 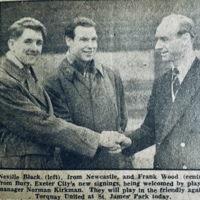