Neil Martin was a youth player with Exeter from 2005, and was with the U-16's development squad at the Centre of Excellence in 2006/07. He made his first team debut as a substitute in a Setanta Sheild Match at Ebbsfleet on the 21 st December 2007.

Neil moved to Hayes and Yeading United FC at the start of the 2008/9 season on a one month loan from Exeter City.

Neil departed the Grecians at the end of his loan spell and immediately signed for Hayes and Yeading United.

He was released in October 2008 after playing 12 games for the Church Road club. He joined Dorchester in 2009, he made his 300th apperance for the Dorset side in January 2018, against Kings Lynn. He has had short spells away from Dorchester, namely at Weymouth in 2015 and Poole Town in 2013.
He went on to play in excess of 400 games for the "Magpies" before joining Tiverton in March 2020. 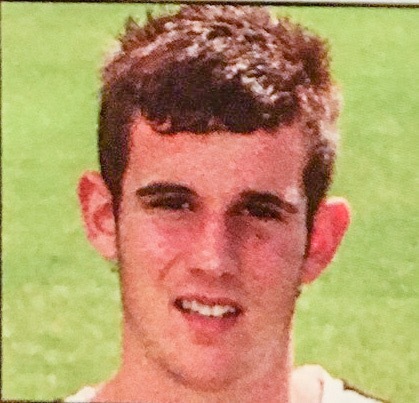