In cool weather, a crowd of four thousand people assembled at St James's Park for the first public practice. The game was fast and interesting, outstanding performance being given by several of the new men, notably Hilton and Vowles, for the red and white stripes (Pym's eleven) and Pollard and Wright for the whites.
Dockray's X1 beat Pym's X1 by 4 goals (Wright 2, Brayshaw and Makin) to 2 (Hesmondhalgh and Vowles). H-T 2-1.

Probables (red shirts) and possibles (green shirts) played a drawn match at St James's Park on the above date. In the first half Brayshaw and Makin scored for the Reds, and Vowles for the Greens.
In the second half Hesmondhalgh scored twice for the Greens and Wright once for the Reds.
Lowton, of Heavitree, was a given a trial at left back for the Greens. 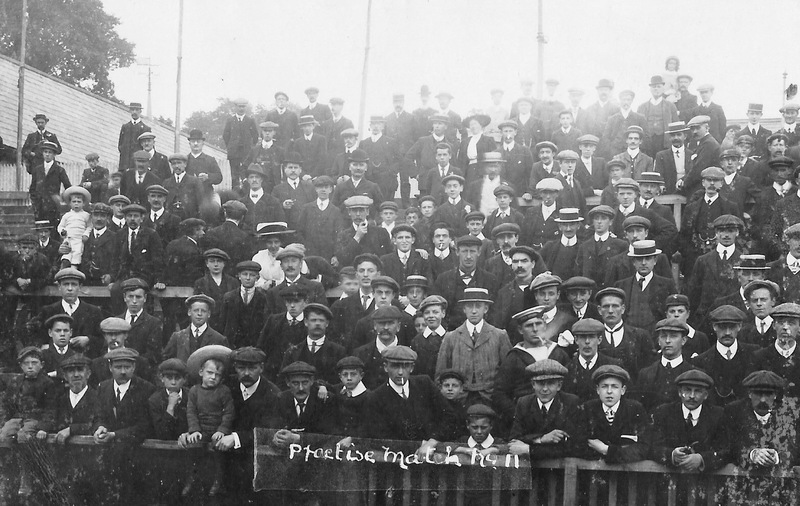