Exeter City's friendly against the East Devon Football Associations's representative team at St James's Park, was invested with exceptional interest by reason of the inclusion in the Exeter team of Ralph Shields, the centre-forward from Huddersfield Town, who was signed on in place of Wright yesterday morning, the exchange of players resulting in a financial profit to Exeter City of a trifle over £2000.

The snow had cleared away from the playing field, the surface being now on the soft side. In dull weather, with a cold North wind, the spectators streamed in steadily, and by 2:25 o'clock when the teams appeared there were nearly 3000 present. Shields, a strongly built player with a fine crop of dark brown hair, was accorded a special cheer. Feebery was unable to turn out because of a leg injury, and his place was taken by Betteridge.

Pym having lost the toss Shields set the ball rolling, and the opening move of the match pleased the crowd immensely. The new centre-forward tapped the ball aside to Vowles, who placed it forward for Shields to break through by means of expert footwork and score with a fine shot that rebounded off the upright into the net. In the next minute, from Appleton's centre, the Huddersfield man headed cleverly for goal, and Ley was applauded for a smart save on the goal-line. Pretty combination by the City forwards, with Shields always in the picture, gave the East Devon defence plenty of opportunities to shine, and they responded with enthusiasm. Twice their forwards got away, the first raid being halted by Betteridge and the second one ended in a weak shot by Hydon.
After ten minutes Shields worked an excellent opening for Makin, who scored with a rattling good shot, and in another short space of time a square pass by Vowles put Makin through to score a third goal for the Grecians. Five minutes before the interval a point blank drive by Shields registered Exeter's fourth, and this was quickly followed by the fifth, a neat pass by Shields being driven in with stinging force by Vowles.

On the resumption Coleburne dribbled almost half the length of the field and rattled the cross bar with a lusty drive. Vowles then missed two chances before Appleton sent the ball swinging into the top of the net from about 25 yards, and Exeter's tally of goals was completed by Coleburne, who caught Ley napping with a beautifully placed shot from the edge of the penalty area Ley distinguished himself with several clearances from Vowles and Shields, and was loudly cheered for a brilliant save at full length from Shields, whose shot looked certain to find the net.

Apart from the goalkeeper, Lowton was the mainstay of the amateur's defence, and he continued to struggle hard to the end. The play of Shields was satisfactory in every way, and the City do not appear to have lost anything transferring Wright to Huddersfield Town.

The reserves visited Babbacombe for a friendly match, and were a goal to the good within in 2 minutes of the start when Kelland beat Crute with a well placed shot. The City continued to monopolise the play, and within the next 10 minutes McIntyre added number 2 and Kelland number 3. Frayn reduced the lead from the penalty spot, but Hesmondhalgh, scored twice for Exeter. Just before half time Frayn got through, and from his pass Stuckey beat Charles at close quarters.

Two more points were added by Hetherington after the interval. 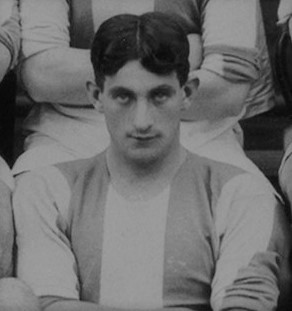