Gary Warren's football career began at Mangotsfield Town, where he played between 2002 and 2006, making a total of 164 appearances scoring 11 goals.
He was on trial at Bristol Rovers, in the summer of 2006 with a view to permanent contract, but he eventually opted to join Team Bath, in July 2006.

Warren captained Team Bath to play-off promotion and played a pivotal part in the university's rise to conference football. Eventually making 111 apperances and scoring 8 times for them.
Team Bath folded in his last year and Warren then joined Newport County in 2009, after interest from a number of clubs including Hereford.
He went on to play over 100 games for County, scoring 14 times, between 2009 and 2012.

Despite being offered a new contract at Newport in the Conference he opted to join Inverness Caledonian Thistle, in the Scotish Premier League, where he played over 200 league and cup games, scoring 19 times before joining Yeovil Town for the start of the 2018/19 season.

He played 26 times for the Glovers, in what was a very disappointing season, that ended with Yeovil being relegated from the Football League.

He made his debut for Exeter City in the opening game of the 2019/20 season at home to Macclesfield, as a 94 minute substitute.

And later made his first team debut start against Coventry City in the League Cup on August 13th 2019.

Gary Warren, Lewis Ward and Ollie Hepburn (Exeter Chiefs) spoke as part of the panel at the Sporting Heroes, an event organised by the Exeter Literary Festival at  St James Park in November 2020.

He joined Torquay United on a one-month loan deal in January 2020. He made one substitute league appearance for City before being released at the end of the season.
Tiverton signed the central defender Gary from Torquay United in July 2021.

Gary was the manager of the Under 18’s at Tiverton and he rejected approaches from other clubs to join the Yellows. 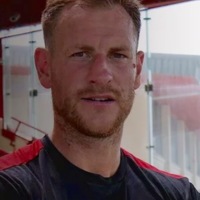 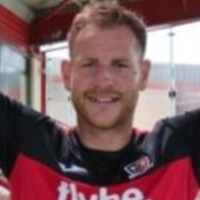