Nicky Ajose signed for Exeter in July 2019, after being released by Charlton Athletic.

He began his career with Manchester United, but never made an appearance in the first team and spent much of the 2010–11 season on loan to Bury, where he scored 13 goals in 28 games.Whilst at Old Trafford he played 5 times for England under 16's and 17's.

He joined Peterborough United in July 2011, for a reported £300 000, making a further 20 apperances and scoring 7 goals, but spent time on loan with Scunthorpe United, Chesterfield, Crawley Town and Swindon Town (scoring 24 goals in 38 league apperances in 2015/16) as well as another six months with Bury, before joining Leeds United in August 2014, for a fee thought to be around £150 000.

After a spell on loan with Crewe Alexandra during the 2014–15 season, his contract with Leeds was terminated by mutual consent in September 2015, he had only played 3 times, when he rejoined Swindon.

In June 2016, Nicky moved to Charlton Athletic, for a reported fee thought to be in the region of £800,000, where he made infrequent appearances, resulting in loan spells with Swindon, Bury and Mansfield Town.

He made his debut for the Grecians, in the opening game of the season at home to Macclesfield.

Nicky scored his first goal for City on the 3rd September, 2019 against Cheltenham in the Football League Trophy.
After returning from injury he scored his debut league goal at Port Vale on the 28th of January 2020 at Vale Park.  By the end of the aborted season he had played 13 games scoring twice. Nicky started the 2020/21 season with the Number 25 shirt.

Speaking on Nicky Ajose, Matt Taylor has expressed his disappointment at how his spell with City has transpired. Ajose scored City’s first goal of the season in our win over Forest Green in the EFL Trophy, but has struggled with injuries in his time at the club. “It’s been disappointing from the start,” Matt said.

“We expected so much and felt when we brought him in he would address that real threat we needed. He was hampered with his knee early on, then was disjointed that season so he wasn’t able to affect the team in the way we needed him to. This season, like Alex, he was down the pecking order behind the likes of Ben.

“Sadly this season, when he has had the opportunity we just hadn’t seen enough from him. It’s been a disappointing two years for both parties.”

In September 2021 the Exeter City manager Matt Taylor confirmed that former striker Nicky Ajose was back with the club taking the first step on his coaching career. 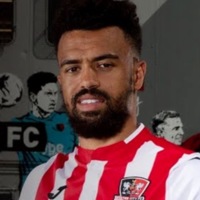 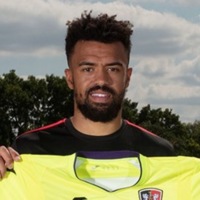