The First League Game of The Season.

Four goals were shared today, when the City were fortunate to get a draw against a Torquay United side that possessed more than the average skill, method and quickness.
Of the two teams Torquay were much the better. They were good in nearly every phase of the game and all departments pulled their weight. The City, unfortunately, failed to settle down, and they played far below the standard they showed in the Jubliee match.

The 1939/40 season was ushered in on a note of gravity without parallel since 1914. Also in keeping with the uncertainty of international events was the problem of team selection, which beset the Exeter management practically up to the hour of kick-off.
Thirteen players had been chosen provisionally. The number of probables was reduced to a dozen when a telegram was received, this morning from Gallagher, at Pirbright, stating cryptically: "Cannot get off."
So Jack Angus, stalwart of the City for approaching ten seasons, stepped back into the breach.
Pending the abscence of of news to the contrary, it was anticipated that Freeman, who is at Topsham Barracks, would be available, but the precaution was taken of holding Riley in reserve.

There were about seven thousand spectators on the ground at the start, but spectators were still coming rapidly, and the signs were that despite the international situation the attendance would be  up to the average for City v Torquay "Devon Derby."

Fellowes won the toss and Conley kicked off for Torquay in sultry weather towards the St James's Road end.
In the third minute Exeter took the lead. Torquay were penalised following a cross field pass by Freeman, and when the ball was put into the goalmouth from the free-kick Ebdon rounded Wilson, wound his way out to the left, and then converged goalwards to drive a low shot past Joslin from six yards' range.
In subsequent play the City were not so quick on the ball as their opponents, and it was no surprise when Torquay, well on top, shot a deserved equaliser, Conley heading beautifully into the net from a perfectly placed centre by Jones.
Torquay Ahead
As a team Torquay were infinitely superior, and no-one could deny that on the run of the game that they deserved to go ahead, when after 25 minutes a high ball from Jones was misjudged by Exeter's backs and Preskett ran on to shoot into an empty net as Thomson, let into a false position, came out in a desperate though futile effort to get the ball first.
As the second half wore on the City's chances of saving a point seemed to recede until it was beyond them, but five minutes from time, Wardle middled the ball for Ebdon to equalise.

After, ending the first half on level terms with goals from Fursdon for Torquay, and, Crawshaw for the Grecians, Exeter City Reserves took up the initiative after the interval and kept Torquay on their toes.
The City went ahead when Shadwell drew Maggs out of position and put a direct drive into the back of the net. 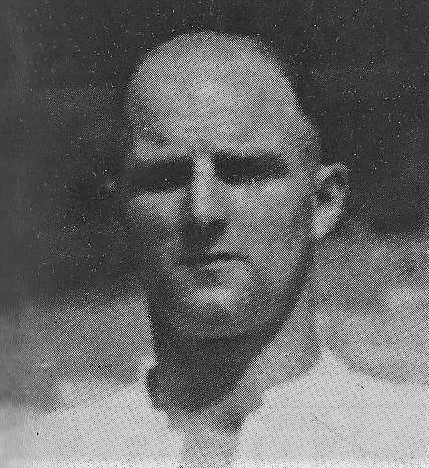