Robbie Cundy was initially with Aston Villa’s youth set-up but when he was released he joined his hometown club Oxford United.
He had loan spells in the Southern League with Daventry Town and Chesham United in 2015.

He made his first team debut for Oxford United in November 2015 before further loan spells with Gloucester City (20 games and 1 goal), Oxford City (24 appearances) and Southport (13 games and 1 goal).

Robbie was released by Oxford in May 2017, and he joined Gloucester City permanently shortly afterwards. Where he played 29 games scoring 3 times in the 2017/18 season. The tall central-defender signed for Bath City in June 2018, he played 43 times for Bath, scoring six goals, before moving to Bristol City on the 15th May 2019, signing a two year contract, with the option of another year.

He signed on a season long loan with Grecians in July 2019. Robbie was recalled from his loan spell at Exeter City by parent club Bristol City, in early September 2019. He had not made an appearance for the first team. As a result City, Bristol and the player felt, in terms of his development, it was best for Robbie to return to Ashton Gate with a view to being loaned out elsewhere.
He almost immediately went on loan to Torquay United. 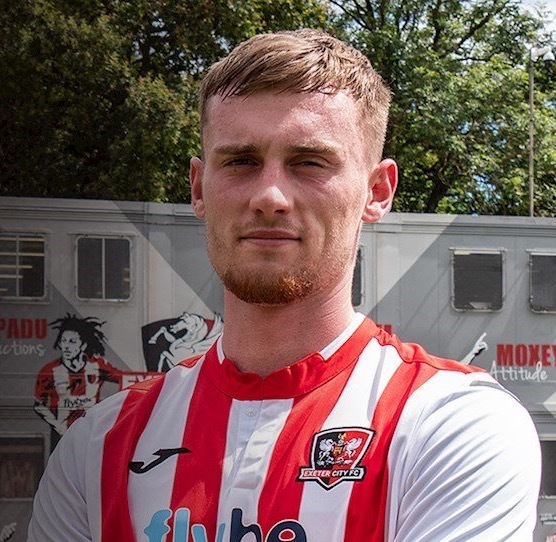