Ninth, but a reason to look up for Exeter City Fans?

With the first real break-up of the squad in the last three years, the 2019/20 season will perhaps be another campaign of relative transition, if not immediate success. The club will have to adapt to the loss of its first-choice keeper and 20-goal-a-season striker, as well as a key man in midfield. This will certainly not be easy.

Yet, signs of Matt Taylor’s direction are already evident. The early capture of steady-headed midfield runner Nigel Atangana seems to be reminiscent of Boateng, as the Frenchman is more than capable of getting up and down the pitch. No doubt his 6’2” stature will have fans thinking of legend Patrick Viera, but we will see what he can accomplish at City after an injury hit season last campaign. 113 games in the Football League however, shows his experience in England’s football climate.

City’s second signing has seen Centre-back Tom Parkes join the fold. At 6’3” and having played for a whole host of Football League clubs, Tom will be a key addition to the fold at Exeter City, and will probably slot into a starting position. He has already notched up 313 league appearances by 27, most of which have been for Bristol Rovers. A man-mountain in defence, he should be a welcome addition, (hopefully) alongside a fit and healthy Troy Brown.

Signings have come thick and fast since the two early additions. Rather predictably, City have brought in two goalkeepers to fill the void left by Pym and Hamon. But more strikingly, Matt Taylor has decided to go with youth, bringing in 22-year-old Lewis Ward from Reading and 26-year-old Jonny Maxted from Accrington Stanley. It seems they will battle it out for the No. 1 spot, but it is great to see Taylor replace the youth lost in Pym with some exciting prospects.

Alex Fisher’s arrival from Yeovil signals Taylor’s attacking intent. The 6-foot-3 marksman will help to replace Jayden Stockley’s goal-threat. City have also brought in Nicky Ajose from Charlton Athletic, signalling a big step in the right direction for the South-West club. It will certainly be a fierce contest for City’s attacking spots with Forte, Jay and Bowman already in the fold.

An older head in former Yeovil and Inverness CT man Gary Warren has also been brought in on a free to provide an experienced option at Centre-Back. It seems as though the Gaffer does not want a repeat of last-season’s defensive issues, with Robbie Cundy also acquired on loan from Bristol City.

As for the season ahead, the coaching staff should be aiming to go one better than the previous campaigns and could clinch an automatic promotion spot. City’s outgoings have freed up some wage space to bolster the squad for what is a long, and arduous League Two, and perhaps cup, campaign. The loss of key players can be overcome and may have already been addressed with the signings of Atangana, Asoje and Parkes in particular – but that remains to be seen.

Taylor’s target to replace the spine of the team has been evident, also incorporating the youth and older heads into a new setup. 2019/20 will be another season of transition without a doubt, but that does not mean it should be without promise. Up the City. 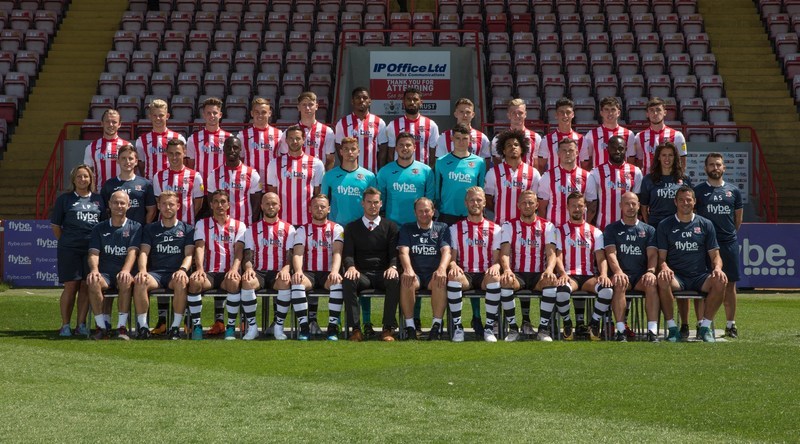