He was reported as training and being feted by Liverpool in the Summer of 2019. This was after playing for England U-16 against Belgium in February 2019.

He made his first team debut against Coventry City in the League Cup on August 13th 2019, therefore becoming Exeter's youngest ever player at 15 years 7 months and I day, breaking the previous record of Ethan Amapdu.

He made his league debut for the Grecians the 11th of January 2020, when he replaced Randell Williams, in the second half,  of the 2-0 win over Cambridge United.

Ben who joined Exeter City’s Academy at the age of 11, has excelled whilst playing for the Grecians youth teams and been capped at both under-15 and under-16 level for England.

On the club website, the club president and director of football and external affairs, Julian Tagg praised Aston Villa for their professional approach and fairness during the transfer dealing.

“Whilst the fee is undisclosed, when a possible arbitration fee is considered we are pleased with the valuation,” he said. “Aston Villa have been very professional and fair in their dealings with Exeter City and we as a club would like to acknowledge that. 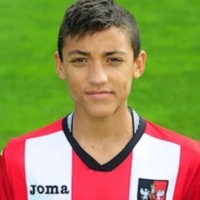 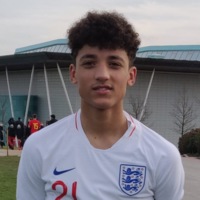