1. The competition shall be known as the St Lukes Challenge Cup competition in recognition of the
contribution by the former St Lukes Teacher Training College to Senior Football in Devon prior to the College’s absorption by Exeter University. It shall be competed as a Mid-week competition by
all clubs in the Football League and step 1-6 Leagues affiliated to Devon County Football Association.

2. A minimum Ground entry charge for spectators as per the cups fees tariff (50% of the charge for
over 60 and under 16) must be made for all matches.

3. Referees and Assistant Referees will be appointed by Devon County Football Association from those serving on the Contributory and supply Leagues.

4. After expenses have been paid, including the use of floodlights, the main gate takings shall be
pooled and shared as follows for all matches up to the Final.
(a) 10% shall be paid to Devon County Football Association and 90% shared between the two
competing Clubs.
(b) In the Final, the two competing Clubs and the Devon County Football Association to receive
thirty three and a third share each.
(c) Travelling expenses from the clubs headquarters to be that printed in the cups tariff.
(d) A minimum charge which is stated in the cup fess tariff may be made to cover the cost of
floodlights.
(e) The Home Club must provide a statement of match proceeds and this must be sent to the
County Secretary not later than seven days after each match. A fine will be imposed for noncompliance with this rule.

6. If the teams are level at the end of 90 (ninety) minutes, then the game shall be decided by the
taking of kicks from the penalty mark in accordance with the conditions laid down by the
International Board. A Club may use three substitutes during the match from a list of five players nominated by the Club to the Referee prior to the start of the match.

7.In the event of a tie not being played or left unfinished by reason of negligence on the part of
either Club the defaulting Club or Clubs shall be expelled from the Competition and be fined as per
cup fines tariff.

8.Matches shall be played under floodlights on the ground of the Club's drawn first including Semi-
Finals and Final. If the first drawn Club's pitch is unavailable or has not got floodlights, the tie shall
be played on the second drawn Clubs ground. Should the second drawn Club not have floodlights
the match to be played on a neutral venue under lights. Should a match be postponed then both
Clubs must agree a new date for the match within 14 days of the date of postponement. Failure to
do so will result in the Competition Secretary and Competition Chairman mutually arranging a date
for the match which will be binding. The Association shall have the power to vary the venue where thought practical.

9.The Home Club shall publish a programme or team sheet for all matches. Clubs shall field their
strongest available team.

10.The Winners, Runners up, Referee and Assistant Referees of the Final Tie will receive suitable mementoes. In addition the Referee will receive a County badge.
11.Devon County Football Association will adjudicate in any dispute of protest and their decisions will be final. The entire control and management of the St. Luke's Challenge Cup Competition shall be vested in the County Cups Competition.

Exeter in the Devon Bowl/Champhionship/Cup
The competetion started in 1922, and is funded by the Devon F.A. 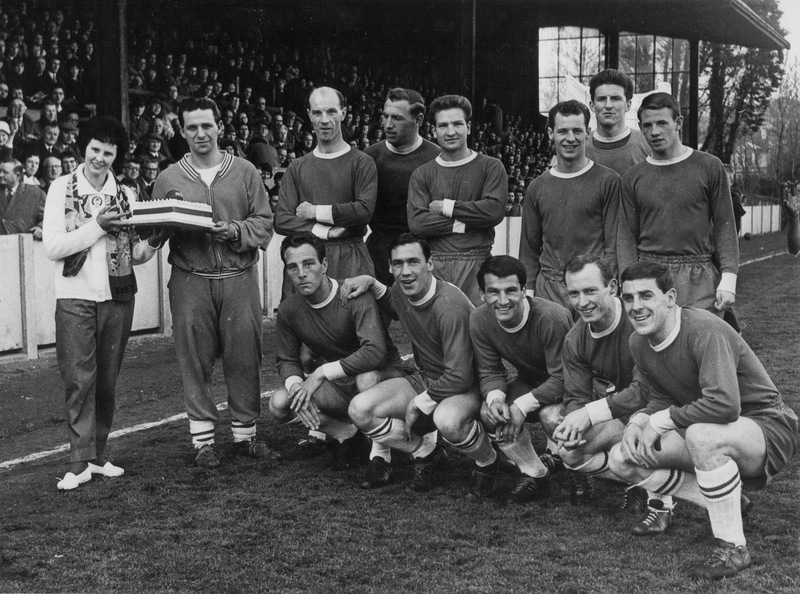