Exeter in the Premier League Cup

From 2016/17 the Premier League Cup replaced the Under-21 Premier League Cup, which was introduced in 2013/14 to enhance the competitiveness of the Professional Development Phase calendar with knockout football alongside the regular league campaign.

The new competition is Champions League style with 32 clubs in the main group stage, replacing the straight knockout in the U21 Premier League Cup. Like Premier League 2, it will be contested between Under-23 teams, with each side allowed three over-age outfield players and a goalkeeper born before 1 January 1995 in the 2018/19 season. Competetion Format Qualifying stage If more than 32 clubs enter the competition, a qualifying knock-out stage takes place between Category 3 and 4 clubs to determine who joins Category 1 and 2 sides in the Group stage Group stage The tournament will be split into eight groups of four clubs, with each team playing their opposing clubs home and away. The top two teams advance to the knockout stage. Knockout stage The last 16, quarter-finals, semi-finals and final will all be one-off knockout ties. If the ties are level after 90 minutes, they go to extra-time and then penalties if the teams still can't be separated

The Grecians have competed in all but one year (2014/15), since its inception. 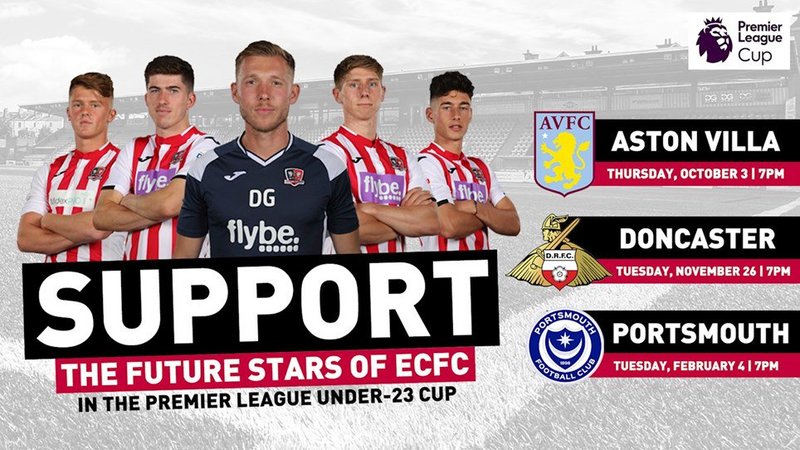