Home to York City since 1932, Bootham Crescent is an 8,256 capacity stadium. The ground is comprised of four stands: the Main Stand, the Popular Stand, the David Longhurst Stand and the Grosvenor Road End. During the Second World War the Popular Stand was converted into an air-raid shelter, and the ground suffered slight damage when a bomb fell on a near-by street. 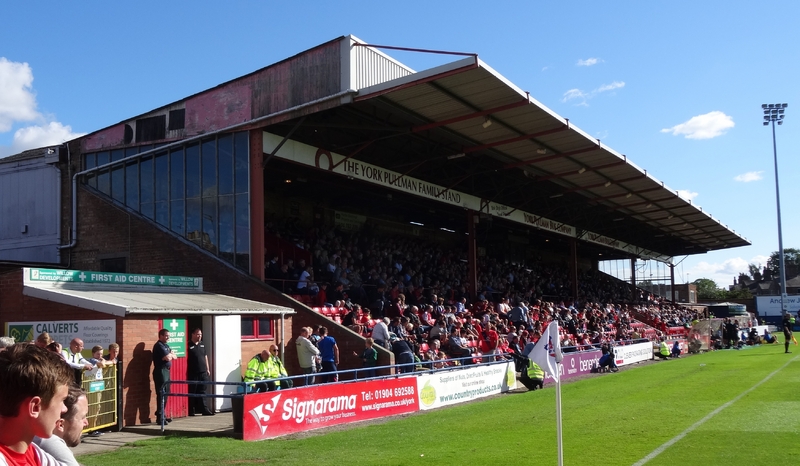