Fred Whittaker joined Exeter City in the summer of 1912, having previously played for Northampton Town, where he played with Walter Tull.  He also Played cricket for Northamptonshire.

He started his career at his home town club playing his first professional game in 1905, over the next three seasons he made 60 appearances scoring 21 goals at Burnley before signing for Bradford City in 1908, after one season and a further 9 apperances and 1 goal he moved to Northampton.

He was affectionately known at Burnley with nickname - The Burnley Bloomer. Which was given to him by the local newspaper.
He signed for Exeter City in the Summer of 1912, and the following was written at the time:-
"Whittaker's introduction to first-class football was quite accidental. Born at Burnley 25 years ago, he started playing, when fourteen, for St. Catherine's Sunday School team. He was with them three years or more, following the while the trade to which he had been apprenticed. His employer was interested in the Burnley club, and was also acquainted with his young apprentice's doings in the junior team. It chanced one Saturday that one of the Burnley players failed to put in an appearance, and at one o'clock Whittaker's employer asked him to turn out for Burnley Reserves against Colne. Burnley won that day, and Whittaker scored the only goal of the match from inside-right. That was his first step to becoming a professional. He played two more matches as an amateur for Burnley Reserves, and the following year the first team began with four matches, and not only failed to win one of these, but also failed to score a single goal. Whittaker was thereupon given his chance (he was then 18 years old) against Notts Forest in the next match, and Burnley won by 21, Whittaker scoring both goals. That settled it, for he was immediately asked to sign professional forms, and from then till the end of the campaign scored 13 goals in Second Division foot ball. For another half a season he stayed at Turf Moor, playing occasionally at inside-right, and then Bradford City paid a good. transfer fee for him. He was at Bradford for one and a half years, playing regularly for the first team, and after that, being desirous of a change, signed for Northampton. It was there that he began to feature more at outside-right. He is 5 ft. 8 inches. in height, and weighs 11 st. 12 lbs. Whittaker lost his place in the "Cobblers'" team through injury, for during the six weeks that he was laid up Walden came into the team and did so well that he could not be ousted. He is, of course, one of the "hopes" of the new Exeter side.

He made his debut for the Grecians in a 4-0 defeat at West Ham United, the opening match of the 1912-13 Southern League season. Staying at St. James’ Park until the end of the 1913-14 season, when he top scored with 13 goals.
Fred then signed for Millwall, but not before had played for the Grecians on their South American tour in the summer of 1914.

Fred had a son (William) who played football as a amateur for England and another (Geoffrey) who played cricket for Surrey.  Another son (John) was born while he was on the South American tour in Newtown, Exeter.

Fred was with the Footballers Battalion in World War 1.
He was in a side that win the London Challenge Cup in 1915 - possibly alongside Jack Fort.
He survived WW1 and was still on Millwalls books, as far as we can tell, in 1918/19.  He had two daughters born after the war and he moved to Chatham in 1920.
Fred was listed in 1939 as a painter & decorator and may have joined the  Home Guard. Fred eventually moved to a care home in Seaton where he died and was buried.


Fred Whittaker’s career began at his local club Burnley in 1905. He stayed for three seasons and then moved to Bradford City in November 1908. After one season with the First Division club, he joined Northampton of the Southern League in 1909. While there, Fred, an all-round athlete, wason the ground staff of Northamptonshire County Cricket Club. He signed for Exeter in June 1912,and in his first season he was a regular member of the side, scoring four goals. In the 1913-14 season, despite missing games, he was top scorer with thirteen. On the South American tour, he played in every game, his five goals including a hat-trick against Combinados in Buenos Aires. His last game in red and white stripes was against the Brazilian national side.

Soon after returning to England, in August 1914, Fred was transferred along with Jack Fort to Millwall. During the war he was a Private in the 1st Footballers’ Battalion 17th Middlesex Regiment. His games for the Battalion included one against Southampton at The Dell on 30 October 1915. After the war he continued to play for Millwall. It appears he joined the Home Guard during World War Two.

Fred had a son (William) who played football as an amateur for England and another (Geoffrey) who played cricket for Surrey. Another son (John) was born in Newtown, Exeter, while Fred was on the South American tour. Two daughters were born after World War 1. 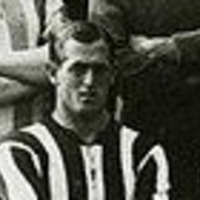 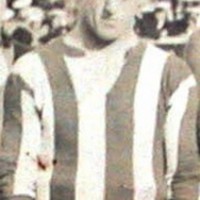 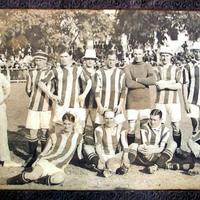 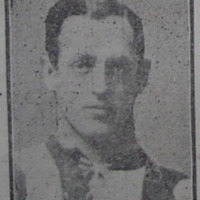