Tom, or Tommy, was a member of Exeter City’s first ever professional team, making his debut at Millwall in September 1908. White had been signed during the summer from Carlisle United.

Born in Tring, Hertfordshire, at the age of 16 he played football for his local team Chesham Generals and played representative football for the Berk & Bucks FA. After two years there he signed for Grays United and played in the Southern League Second Division with them during the 1903/4 season where he played against Brighton.

He signed for Brighton and Hove Albion in March 1904 and stayed there for two seasons playing 35 matches and scoring 3 goals before spending one season with Stockport County (1906-07), where scored one goal in 32 league appearances, and one season with Carlisle United (1907-08).

After another one season stay with Exeter City, White signed for Watford to play with his younger brother Charlie. He made 3 appearances in 1909/10 for Watford, leaving at the end of that season. Having begun his professional career on the Sussex coast, he later settled in Hove and died in Brighton General Hospital, leaving an estate worth £7,054, which accrued from the newsagents business he ran in Westbourne Street Hove.

Thomas died on the 2nd September 1953 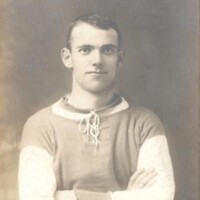 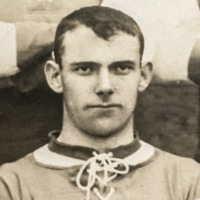