Jordan, who captained the team at under-16s level, plays in defence or midfield.

Jordan played for the 1st team in the Football League Trophy and made his first team debut at home against Oxford United in the EFL Trophy on 4 December 2019. He played further games in the same competetion including the 2nd Round match against Northampton in December 2020.

Jordan made his league debut on the 6th of March 2021, coming on as 2nd half substitute in a 4-0 win, at Home against Leyton Orient.

The club can confirm that striker Ben Seymour and defender Jordan Dyer have both joined National League side Yeovil Town on loan.

The pair will initially stay at Huish Park on a one month deal.

Seymour has made six appearances for the Grecian in league and cup this season, adding to his 39 matches last season in which he scored three times. This will be his fifth loan spell, following appearances for Bideford, Weston-super-Mare, Gloucester City and Dorchester Town.

The pair will initially stay at Huish Park on a one month deal.

Jordan Dyer had played twice for Matt Taylor's side at the start of the 2021/22 campaign, in the Carabao Cup and Papa John's Trophy, adding to his four matches with the first team last season. This was Jordan's third loan period, having previously been signed with Bideford and Tiverton Town.
He then had a short loan spell at Bath City before being recalled early on the 29th December 2021, Exeter issued the following statement on their social media platforms.
"We'd like to thank Bath for their understanding and wish them all the very best for the rest of the season."

Jordan was released at the end of the 2021/22 season and wrote the following on social media;-  "I’d like to thank everyone associated to Exeter City FC, my time is up. It’s been a pleasure to have been part of this club for 10+ years. I have lots of memories which will always stay close to my heart. All the best for the future! Looking forward to my next chapter" 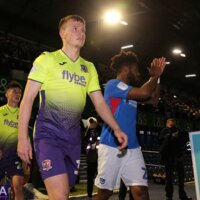 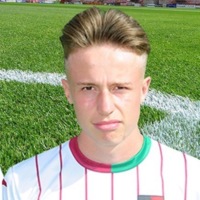 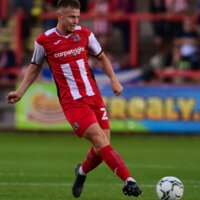