Whitbread began his professional career as a trainee with Leyton Orient, signing a full contract in November 1989.

He captained the team at the age of 21, and helped Orient to promotion to the Second Division in 1992.

He added a further 36 league outings and one goal prior to moving back to East London, and West Ham United, in a player exchange deal involving Joey Beauchamp in August 1994.

Whitbread's first-team opportunities at West Ham were limited and he made only 10 league appearances.

He played in 147 league games for Portsmouth, scoring two goals, but a knee injury in 2000 meant he lost his place in the side.

Whitbread joined Luton Town on loan in November 2000, and then went on loan to Reading for the rest of the season in February 2001, before joining them on a permanent basis in July 2001.

He made 18 league and cup appearances before a knee injury sustained in training in December 2001 ruled him out of the rest of the season.

He signed for Exeter City on loan in January 2003 making his debut in a 1-1 draw at Macclesfield Town.

Returning to Reading, persistent knee injury forced his retirement from playing in April 2003.

Whitbread was appointed the Assistant Coach of the Puerto Rico national team in 2007 and Head Coach in December 2012.

On his return to England, Whitbread assisted Martin Allen at Barnet again, then followed him to Chesterfield in May 2018.
He left Chesterfield in the following December. 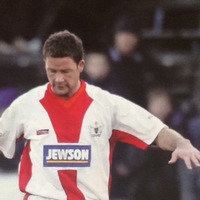 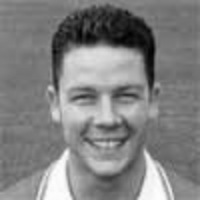