A hugely popular figure at St James’ Park during his one season stay on loan from West Ham United during the 1999-2000 season.

Up until then he had bided his time in the Hammer’s reserve team, but it was at Exeter that his career really took off.

Making his debut for the Grecians in a 3-1 home win over Rotherham United in August 1999, Alexander went on to top the club’s goal scoring with 16 league goals.

His goal scoring ability otherwise lit up a dismal season for Exeter who ended in 21st place.

It was this form that prompted Swindon Town to part with £300,000 for his signature from the Hammers in July 2000.

However, his stay at the County Ground didn’t prove to be the success that it was hoped for, and he was on the move to Hull City a year later for a fee of £160,000.

In his first season with the Tigers he netted 23 goals, but in January 2003 he moved back to the East end of London by signing for Leyton Orient.

He scored in no fewer than nine successive matches for them in 2005-06.

After rejecting a new deal in with Orient in May 2007, he joined the club he had supported as a boy, Millwall.

In August 2010, Alexander signed for Brentford, and he move on loan to Crawley Town in March 2012, eventually making the move permanent later that year.

After scoring 6 goals in 32 appearances for the Crawley, Alexander moved on to Burton Albion in 2014.

His spell at the Pirelli Stadium was short lived, making just a handful of appearances in his 6 month stay.

Following his release from Burton, Alexander made the move to non-league Greenwich Borough, who later appointed him as manager following the departure of Ian Jenkins.
He left the club in January 2018 citing "financial constraints", after playing a couple of games for Chatham, Gary took up the role of Assistant Manager at Ashford United. He was sacked by Ashford in November 2018.

After scouting for Millwall, he was appointed manager of Glebe in September 2019. (A team based in Chislehurst) 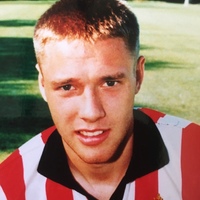 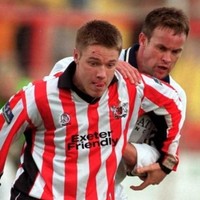