Alan Barnett was a member of the first ever promotion winning Exeter City side of 1964.

He had commenced his career with local side Croydon Amateurs, from whom he joined Portsmouth in September 1955.

He made 25 league appearances before moving to Grimsby Town in December 1958.

He won a fairly regular place in the first team at Grimsby, making 116 league appearances before a move to Exeter City in July 1963 for a fee of £3000.

His first league game for the Grecians was against Bradford City at Valley Parade, and it was a start of a run of matches that saw him only miss one throughout the whole promotion winning campaign.
On the 3rd of April 1965, he made his debut at Centre forward in a Western League fixture against Weston Super Mare, he scored Exeter's only goal of the game.
Barnett, who had been subject of an enquiry in August 1965 from Swansea about possibly signing for them, lost his place to Peter Shearing in the Third Division in 1965-66 and by the end of the season had been released by the Grecians to join neighbours Torquay United in June 1966.

He later worked for his father-in-law who owned a Garden Centre in Portsmouth. Barnett died in October 1978. 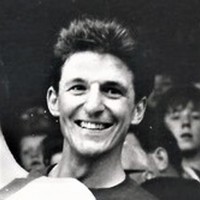 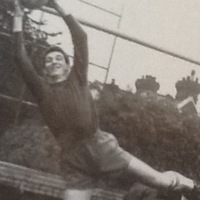 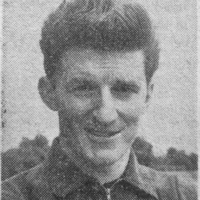 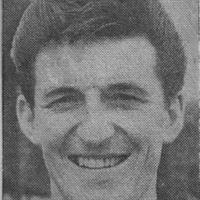 Served with Alan at Portsmouth during his.   National Service I have o photo of us in the gym doorway as we were PTIs