George Wardle was signed by Middlesbrough in May 1937 after playing for the Durham Boys Club. But he only played one league game, then signing for Exeter City in June 1939.
Unfortunately the season was abandoned due to the outbreak of the Second World War.

Stationed in London and guesting for Chelsea, Wardle was selected to play for the full Army representative side against the Royal Navy at Ipswich Town’s Portman Road ground in February 1945.

He played in the War-Time Southern Cup Final for Chelsea against Millwall at Wembley.
Football League South Cup - 7 April 1945

The first club football match ever attended by the future Queen Elizabeth II (then a mere princess accompanying her parents) was the final of the Football League South Cup, the regionalised wartime equivalent of the FA Cup. The competition was the brainchild of AV Alexander, First Lord of the Admiralty in the War Cabinet and a Chelsea FC board member.

One month before VE Day was celebrated in London, 90,000 spectators flocked to Wembley for another all-London final. Manager Billy Birrell had steered a Chelsea side peppered with guest players to the previous season’s final – a 3-1 Charlton victory before an 85,000 crowd including US General Dwight Eisenhower.

Now, with a forward line including Len Goulden and Joe Payne – who hit 40 of Chelsea’s 111 goals in 1944/45 – skipper Johnny Harris commanding the middle and George Hardwick (Middlesbrough), George Wardle (Exeter City) and Les Smith (Brentford) temporarily seconded to the cause, he had high hopes of the club’s first ‘major’ trophy.

The match offered a poor spectacle, but the Times noted: ‘For ten minutes after the interval Chelsea, who had moved Wardle inside and put Smith at outside-right, showed something approaching their normal form. Within two minutes Goulden ... nodded the ball to [Jack] McDonald, who took it on the volley and gave [Sam] Bartram no chance. Five minutes later a shot from Payne struck a defender and Wardle ... kept his head and scored the second goal from short range.’

The trophy raised by a jubilant Harris can be viewed in the Museum at Stamford Bridge.

(The full article can be seen at:-
https://www.chelseafc.com/en/about-chelsea/history/key-matches/key-match16)

He also played for Lincoln City in the war time league.

Returning to Exeter after the War, (although he did play 2 matches for the Grecians in 1945-46), he only had one full season with the club and in May 1947 had moved on to Cardiff City, for what was reported as the largest fee ever received by Exeter City, it was undisclosed.

He he scored 11 goals in 40 league matches for Cardiff

George  was transferred to Queens Park Rangers for £5,000 in January 1949, and added a further 53 league games and four goals.

He then signed for Darlington in August 1951, and in three seasons featured in 95 league games, scoring six goals.

After retiring from playing George became coach to Crook Town, and in August 1966 rejoined his former club, Middlesbrough, to coach their youth team. 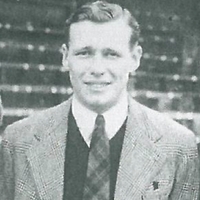 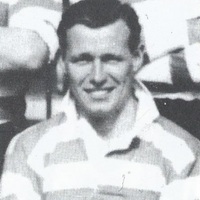 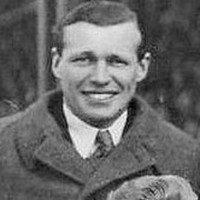 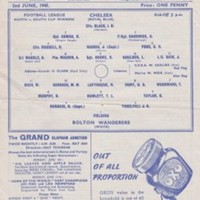 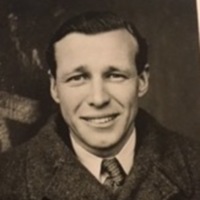 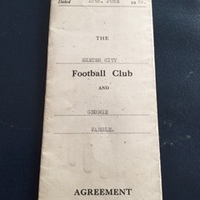 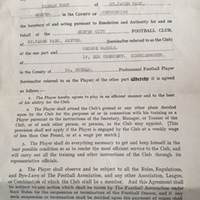 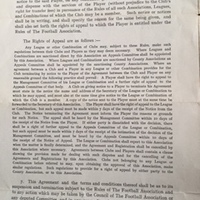 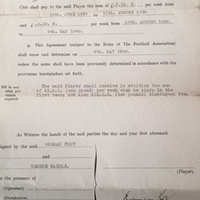 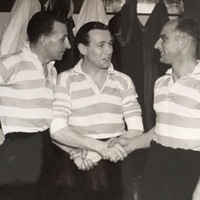 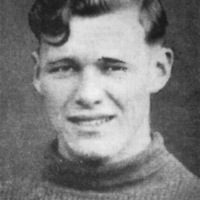 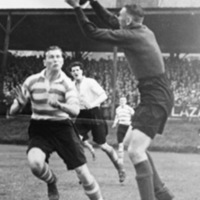 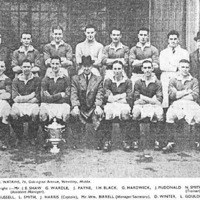 To add to that, Wardle was the first player to score consecutive hat-tricks for the club, when he scored three goals in both games against Doncaster Rovers (April 12, 1941, April 14 1941 - two hat-tricks in the space of three days!). This feat was only ever matched by Clem Smith in wartime (October 1945, when he scored 4 and 3), and by Jamie Vardy with the re-formed club FC Halifax Town in March 2011.