Wallace signed for Bolton Wanderers in 1933 and but didn’t make a league outings for them and twelve months later moved to Swindon Town where he played in 12 league games.

Signing for Plymouth Argyle in 1936, once again he only managed a handful of league appearances, just nine, however, once he moved to Exeter City in the summer of 1937, his career really took off.

He was the regular choice left-back for the Grecians in 1937-38 making his debut against Newport County in August 1937, going on to feature in 37 Third Division South games.

The following season proved to be a tragic one. After lining up in the opening game against Cardiff City at Ninian Park, Wallace underwent an operation to remove an abcess of the forehead, but sadly died on 14th September 1938.

A fund was immediately set up by Exeter City to help his widow financially, and donations came from far and wide, including from his former clubs. 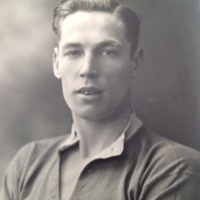 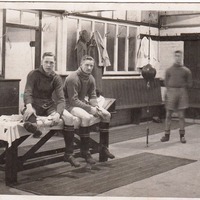 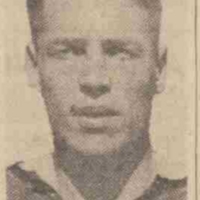 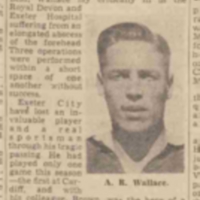 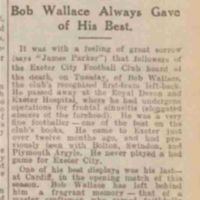 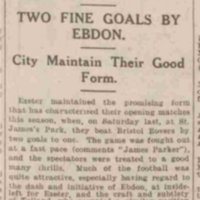 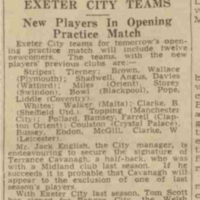 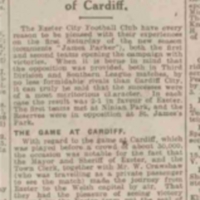 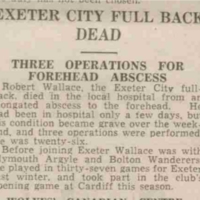