A junior player with West Ham United, Wallace signed as a full professional for them in July 1969. He never played a league match for the Hammers though, but had better luck when joining Brentford on loan in February 1972 where he made three appearances. He was also on loan at Montreal Olympique in 1971 and 72 where he played 31 games and scored 10 goals.

Wallace moved to Hereford United on a free transfer in July 1972 and in one season at Edgar Street made 32 league outings, scoring four goals.

Signed on a free transfer by Exeter City in September 1973, the deal having previously broken down a month earlier, the player then picked up an injury, and actually made his first team debut in a terrific 3-1 win at West Bromwich Albion in the Football League Cup, third round in October 1973. A tricky winger, he finished the season making 10 appearances and scoring once ,before leaving for Dover in the Summer of 1974.

Moving on to Maidstone and Crawley, before Joining Welling United for the 1980/81 season. The following season he moved to Chelmsford City.

He retired from playing in 1982 and was living in Bexleyheath. 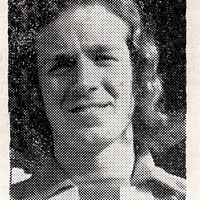 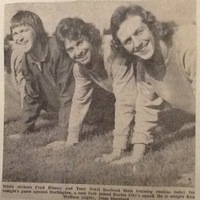