Walker had played for Gainsborough Trinity when he was signed for Sheffield United in May 1937, but he never played a league match for the Bramall Lane club.

He moved to Exeter City in May 1938 and made his debut at Somerton Park against Newport County the following October.

During the Second World War he guested for Dunfermline Athletic, Doncaster Rovers and Southampton, whilst serving with the Coldstream Guards

He was also been wounded in a running fight when the Scharnhorst and Gneisenau made their escape up the English Channel.

He was offered the player-coach job at Ilfracombe Town in January 1950, but turned that down and eventually became player-manager at Minehead in May 1950 after also being wanted by King’s Lynn and Clacton Town.

Resigning as player-manager at Minehead in May 1953, he did so to take over as a landlord of a pub in Warminster. 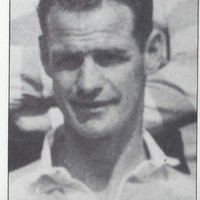 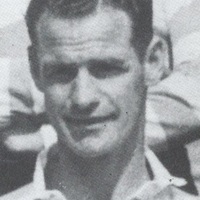