Hilaire began his career with Crystal Palace, making his league debut at Lincoln City in March 1977. He went on to feature in 255 league matches for them, scoring 29 goals.

Hilaire also assisted the San Jose Earthquakes during the summer months of 1982 in the North American Soccer League.

He won international caps for England Youth, B and Under 21s, and although he was a regular contender for senior international honours, he never quite made the full England squad.

He joined Luton Town in July 1984 for a fee of £100,000. with Trevor Aylott moving in the opposite direction as part of the deal, but made only six appearances before being transferred to Portsmouth four months later, where he added 146 appearances, scoring 25 goals.

His next club was Stoke City, where he played under manager Alan Ball, initially signing on loan.

He teamed up with Ball again, who was manager at Exeter City, when signing initially on a one-month contract for the Grecians in September 1991.

He made his Grecians’ debut in a 2-1 home win over Reading. The winger only stayed at St James’ Park until the end of the season though, signing for Waterlooville in the summer of 1992.

Hilaire played at Waterlooville for two seasons, and by 2004 was working in match-day hospitality for Portsmouth Football Club and as a local radio pundit. 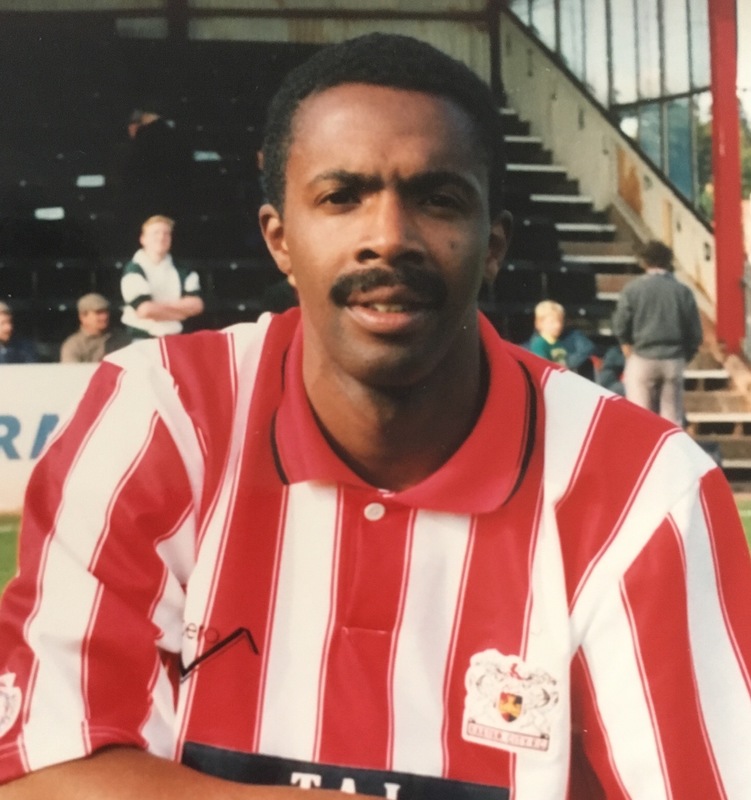