Home to Rushden and Diamonds from 1992 until the club’s dissolution in 2011, Nene Park is a 6,441 capacity stadium that is currently unused. In December 2012 it was reported that Coventry City were considering a move to the stadium due to a rent dispute with their landlords at the Ricoh Arena, but the move did not occur as the Sky Blues opted for a temporary ground share with Northampton Town. There are now plans in place to demolish Nene Park in order to make way for a leisure park. 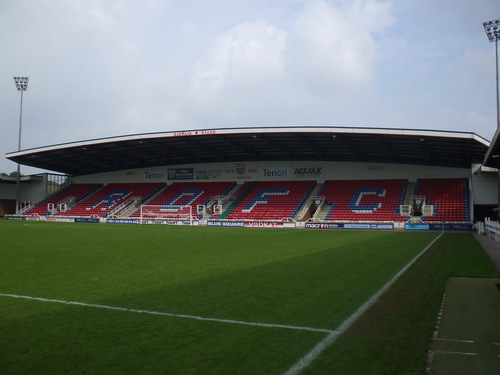