A forward, he made his debut against Worcester City for Exeter City reserves in the Southern League on the 27/11/1938.

He played again for Exeter City reserves on 2nd September 1939.

The photo was in the Express and Echo in November 1943.
"Both old boys of John Stocker School, Exeter, both now in the Eighth Army, brothers Gordon and Lewis Kemp, whose parents live in Savile-road, have met in Catania, Italy. Lanc-Corpl. Gordon Kemp, R.E. (right in the picture), (actually on the left!) used to play regularly for Exeter City and St. Mark's Football Clubs. He was in Norway and France and has been in the Middle East for 18 months. Driver Lewis Kemp, R.AS.C., has been overseas for 10 months. Until this meeting in Italy they had not seen each other for three years.

"Gordon sadly died in 1945 from cancer that developed after a shrapnel injury...his family fought for several years I believe to have this recognised as a war death."

Gordon is recognised by the Commonwealth War Graves Commission.

He died on 8 Mar 1945 and is buried at Exwick Cemetery, Exeter, Devon. 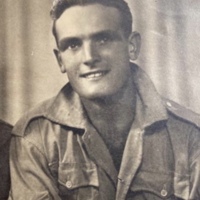 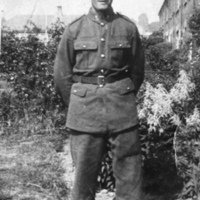 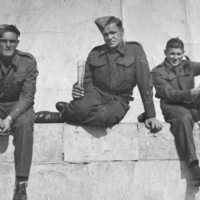 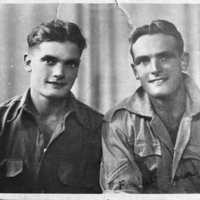 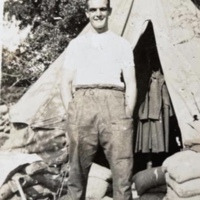 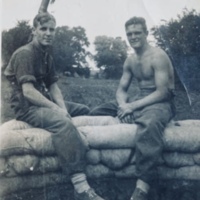 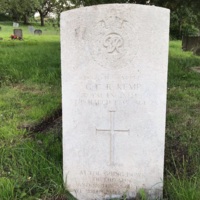 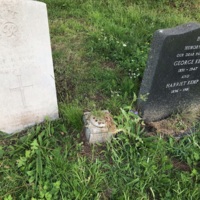 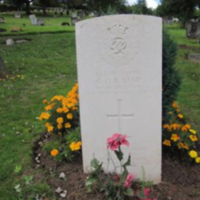 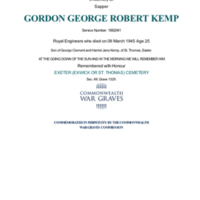