Vine joined Exeter City on loan from Queen’s Park Rangers in August 2011. He had trained with Doncaster Rovers on trial during the pre-season and played in six matches for them in the build up to the ‘big’ kick off.

Vine began his career at Portsmouth making his way through the club's youth scheme.

He made his first-team debut in a goalless draw with Sheffield United at the age of 18.

However, he struggled to break through into the side on a regular basis and was loaned to Brentford for the 2002-03 season where he scored 10 goals in 42 matches.

The following season he joined Colchester United on loan for the season, adding 6 goals in 35 appearances.

For the third season running, Vine spent the entire campaign on loan form Portsmouth, this time with Luton Town for 2004-05, scoring 9 goals in 45 matches.

This prompted Birmingham City to part with £2.5million for the striker in January 2007, plus a further £500,000 as part of the deal, as the St Andrews club gained promotion to the Premier League.

However, Vine only netted one goal in 17 appearances and in October 2007, he moved to Queen’s Park Rangers on loan, eventually making the move a permanent one in January 2008 for a fee of £1million.

Since then he has scored five goals in 51 matches for Rangers, but he suffered a broken leg in April 2008 during a training session, which kept him out for 12 months.

He was loaned to Hull City in October 2010 (5 appearances, 0 goals); Brentford in January 2011 (but never made an outing for them) and then Milton Keynes Dons in January 2011 where he scored once in 17 matches.

Vine played a match on trial for Southend United reserves in March 2012 and in the same month joined Gillingham on loan.

After Gillingham he has played for a number of clubs including St Johnstone, Hibernian and Greenock Morton, and non-league football for Welling United, Havant & Waterlooville, Gosport Borough, Basingstoke Town, Southall, Hayes & Yeading and Hartley Wintney.

He was playing at Gosport Borough in 2018. 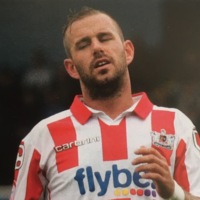 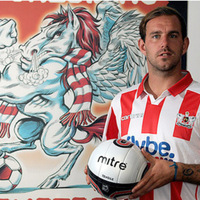