Demolished in 2006, Feethams was Darlington F.C.’s stadium from 1883 to 2003. The ground was unusual in that after entering the turnstiles through the Twin Towers, spectators had to walk around a cricket pitch in order to enter the ground. For many years the layout of Feethams also gave supporters the opportunity to change ends at half time, with home supporters often seen trooping from one end to the other in order to mass behind the goal Darlington were attacking. 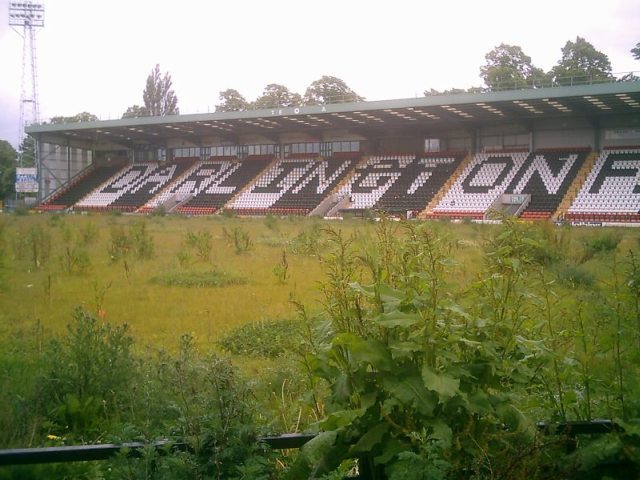