Tosh has featured for a number of clubs during his career which started at his local club, Arbroath, where he netted 13 goals in 42 Scottish League appearances.

Following three years at Dens Park, he moved to Hibernian with Lee Power for a combined fee of £200,000.

After struggling to get into the first team he was sent out on loan, firstly to Partick Thistle, where he scored one goal in 10 starts, then to Exeter City in February 1999.

He made his debut for the Grecians in a 1-0 win at Barnet, Tosh scoring the goal. He was to score once more during his stay at St James’ Park, in a 1-1 draw at Shrewsbury Town.

Returning to Hibernian, he then signed for Raith Rovers, where he scored 13 goals in 49 league appearances in a two season stay.

He also had a loan spell back at his first club, Arbroath, scoring twice in three games in 2000.

Moving to Forfar Athletic in 2001, Tosh was score 68 goals in 157 league outings. He also had a spell as player-assistant manager alongside manager George Shaw,

After only one match being caretaker manager he left on loan for a third spell back at Arbroath in 2007, signing a more permanent deal with them and then going on to make a total of 48 league appearance, scoring six goals.

Tosh played for Highland League club, Cove Rangers during 2008-09, but returned to Scottish League football with Montrose in 2009 for a couple of years, making 42 league appearances and scoring 20 goals.

He had a short spell with Peterhead in 2011 scoring twice in six league matches, before signing for Tayport Juniors in June 2011. 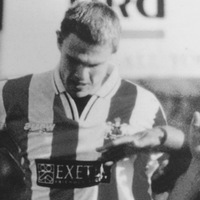 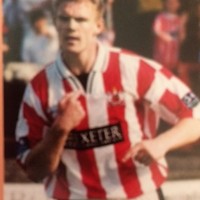 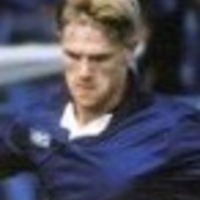 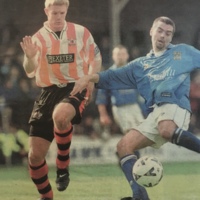 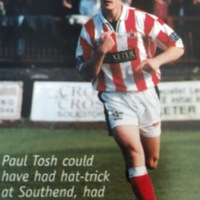 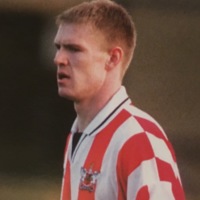