Starting his career as a trainee with Manchester United, after playing for the Bolton Lads Club, he became Sir Alex Ferguson’s first signing for the club.

Alan signed a full contract for the Old Trafford club in July 1990, but never made the league side though and in the summer of 1991 moved to Horwich R.M.I.

He was signed by Exeter City from Horwich R.M.I. on non-contract forms in December 1991, the deal running until the end of the season, making his debut in a 1-0 home defeat against Wigan Athletic in February 1992.

Alan was retained for the following season, but was never a regular in the team and left at the end of the 1992-93 season. He had a brief spell playing for Elmore prior to returning to the Manchester area.

Alan retired from playing in 1996 due to a back injury and received £7,000 as an insurance pay out.

Living in Bolton in 2011, he ran in the BUPA Great Manchester 10km Great Run to raise money for his chosen charity. He worked as a Lecturer at Manchester College and has a masters Degree in sports related Philosophy.

Alan Tonge:
"He was very similar to Sir Alex in the fact that he hated losing and he could blow his top when he wanted to. People talk about Sir Alex and his hairdryer treatment but (Alan) Bally could go ballistic as well."

Alan played for City between 1991 and 1994 but had to retire early from football due to a spinal injury. He talked about the disappointment of that and getting his life back on track through education.

However, despite only having a short playing career, Alan's time in football is a very interesting one. His claim to fame is that he was the first of Alex Ferguson's signings at Manchester United, having been offered a scholarship at Old Trafford a couple of months into the Scottish manager's time at the club.

He was released a few of years later though and then played under a former World Cup winner in Alan Ball at Exeter City.

“I honestly didn’t know where Exeter was," said Alan. "My dad put a map together for me because I was driving a little Fiesta at the time and off I went down the M6 and the M5. However, from that time from 91 to 94 when I got moved on from Exeter, it was some of the best times of my life. I really enjoyed it down there. I met some great people and managed to try and get my career moving again and get it back on track. It was really good.”

Speaking about Alan Ball, he added: "He was very similar to Sir Alex in the fact that he hated losing and he could blow his top when he wanted to. People talk about Sir Alex and his hairdryer treatment but Bally could go ballistic as well. They both set high standards. However, I think, sometimes what Bally didn’t realise was that we had dropped down a couple of levels. We weren’t World Cup winning England players or Premier League players. I think sometimes when you look at managers and why they don’t succeed sometimes that could be one of the reasons why. Sometimes they can’t relate to the lower leagues players and they expect too much.” 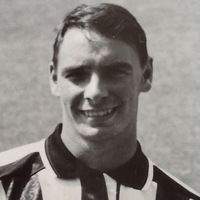 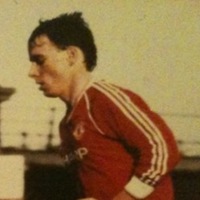 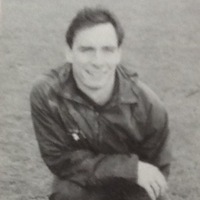 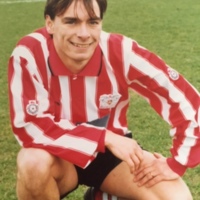 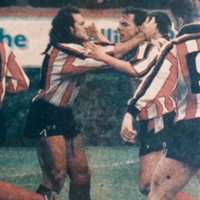 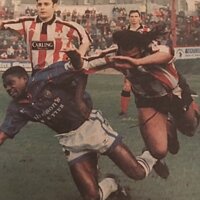