Colin was playing for Redcar Boys Club when he joined Grimsby Town in September 1954 a month short of his 19th birthday. He did go on to make 24 league appearances for the Mariners in his four year stay at Blundell Park.

He signed for Darlington in August 1958 and added a further 79 league outings in three seasons.

Colin then moved to Exeter City in July 1961, where he was understudy to Alan Jones in his first season with the club, but in 1962-63 only missed two league games. He even managed to score with a header, following a corner, after being forced out of goal due to a dislocated finger, and it was the only goal at home to Workington in September 1962.
Colin joined Luton Town in August 1963 and stayed there for four seasons, during which time he appeared in 55 league games. He then moved to Kettering Town. Following a return to Luton, he moved to Dunstable Town in July 1968.

He then worked as a bricklayer, and was tutor at Carillon Craft Training Centre in London.

The following article was from a Darlington programme in the 1990's:-


Colin contested Darlington's goalkeeping slot with Joe Turner while at Feethams.
Initially with Redcar Boy's Club, he signed professional with Grimsby Town in September 1954 and made his league debut at Home to Bradford PA seven months later. He understudies Clarrie Williams as they won the Third Division (North) title in 1955/56 and Dick Duckworth signed him in August 1958, helping Darlington to beat West Ham in the 1960/61 League Cup second round as well as featuring in that seasons marathon FA Cup tie against Hull City. Making 79 Fourth Division appearances for the Quakers prior to joining Exeter City in July 1961, he switched to the left wing after being injured at home to Workington in September 1962 at headed Exeter's winner. CID

Following a spell back at Luton, he joined Dunstable Town in July 1968 and subsequently worked as a bricklayer. He still lives in Dunstable and retires next week after seventeen years as a tutor at Carillion, Craft Training Centre in London. 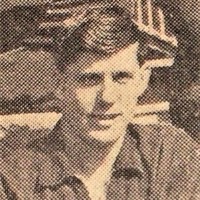 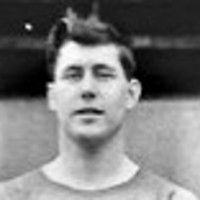 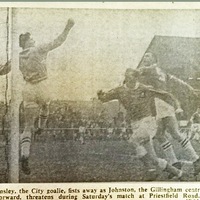 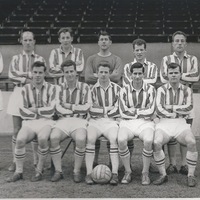 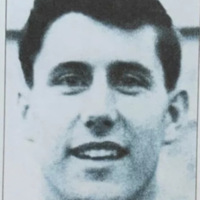