According to Liverpool striker Robbie Fowler’s autobiography, Tierney was about to sign for the Anfield club, but sustained an injury which ended their interest.

An England youth international, Tierney was a trainee with Crewe Alexandra, signing a full contract for them in March 1993. He was to feature in 87 league games, scoring ten goals.

Moving to Notts County in July 1998, he added a further 33 league appearances and four goals in his two season stay. He then signed for Witton Albion.

Exeter City gave Tierney another Football League chance when they signed the midfielder in November 2000 and he made his debut for them in a 2-1 home win over Scunthorpe United, scoring one of the goals.

Tierney returned to Witton Albion for a second and short spell, for in March 2001, he had signed for Doncaster Rovers, where he played 58 league games and scored ten goals.

He helped Doncaster to promotion to the Football League when scoring in the Conference play-off final against Dagenham and Redbridge. He then played for Northwich Victoria during the 2005-06 season. 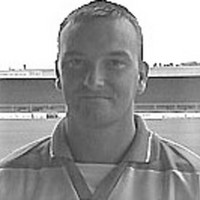 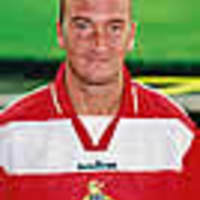